HANOVER, N.H. — Three galaxies from the early universe are sitting on our cosmic doorstep, a new study of space reveals.

They formed close to the Milky Way about 12 billion years ago, less than two billion years after the Big Bang. The galaxies contained some of the first stars to light up the cosmos. Their discovery opens a window into what the universe was like at the dawn of time.

Our own galaxy, the Milky Way, is one of billions of sprawling cosmic neighborhoods filled with stars and planets. They were born when many smaller galaxies – such as these three – collided and merged.

The ultra-faint dwarf galaxies (UFDs) are 11.4 million light years away. They are among the most obscure identified outside the Local Group, a clustering of galaxies that includes the Milky Way and Andromeda.

“Our work is the necessary first step toward further understanding the faintest galaxies beyond the Local Group, and toward more robustly constraining the demographics of ultra-faint dwarf galaxies,” says lead author Dr. Burcin Mutlu-Pakdil from Dartmouth College in a media release.

“We still do not know whether the Local Group UFDs are typical or unusual. To answer this fundamental question, we need to discover more UFDs beyond our local environment and study them in detail.”

Dwarf galaxies could help unlock secrets of the universe

Finding galaxies orbiting in the Milky Way’s own backyard is the astronomical equivalent of digging up remains of the first humans that walked the Earth. They are orbiting the Sculptor Galaxy, also known as NGC253 — one of the brightest in the night sky.

However, their characteristics are similar to UFDs within the Local Group. The study could help scientists develop more accurate models of how the oldest galaxies were born. UFDs are the least luminous and chemically evolved galaxies. They are dominated by dark matter, the gravitational “glue” scientists believe holds galaxies together.

Studies estimate that dark matter makes up 85 percent of the universe, but it’s never been directly observed. Proving it exists could help experts unravel many mysteries throughout the cosmos. For these reasons, astronomers consider UFDs to be pristine fossils of the early universe. They could provide the best opportunities for studying the composition of the universe and the formation of its first galaxies.

“Dwarf galaxies are the building blocks of larger galaxies,” Mutlu-Pakdil explains. “UFDs are the best place to study galaxy formation on the smallest scales and learn how the smallest dark matter clumps get populated with stars and turn into galaxies.”

The study is published in The Astrophysical Journal. The team also presented their findings at the 241st meeting of American Astronomical Society in Seattle. 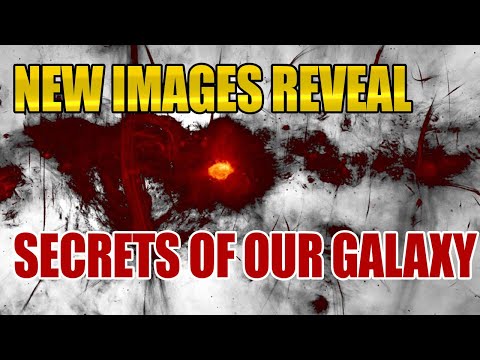