DUNDEE, Scotland — Scientists in Scotland are hoping to produce the first affordable vaccine against Strep A — the infection that commonly leads to strep throat. Researchers at a spinout company linked to the University of Dundee believe that they can drive down the costs of creating “glycoconjugate” vaccines, which are great for preventing infections but are incredibly expensive to make currently.

Right now, the only treatments for a Strep A infection are antibiotics, but there is evidence that the bacteria is becoming resistant to some of the drugs — such as azithromycin. This medication is a common alternative for people with strep throat who are allergic to penicillin.

In most people, an infection with the Group A Streptococcus (GAS) bacteria will cause only mild illness characterized by a very sore throat. However, it can lead to impetigo, scarlet fever, or tonsillitis. In very rare cases, the infection can cause a potentially deadly invasive form of the disease known as iGAS, where the bacteria enters the bloodstream. Across the United Kingdom, at least 32 children have died from iGAS infections since September 2022.

How do scientists make glycoconjugate vaccines?

The spinout, RHAPSEDA, was founded by Dr. Helge Dorfmueller of Dundee’s School of Life Sciences. Its pioneering technology makes use of new processes that have been developed for the creation of glycoconjugate vaccines, where a carbohydrate molecule produced by the target bacteria is delivered using a protein carrier.

The technique has been shown to achieve stronger T cell immunity in order to provide longer lasting protection against serious disease. The process has already been used to create meningitis and pneumonia vaccines, but they are also expensive to make. The RHAPSEDA platform is more efficient, meaning that it should drive down costs and enable the development of the world’s first affordable Strep A vaccine.

“RHAPSEDA represents a step change in glycoconjugate vaccine development offering scope to develop a range of affordable vaccines, including Strep A, which has been a source of great concern in recent months,” says Gillian Brown, who was appointed the Commercial Champion for RHAPSEDA, in a university release.

“Our ambition is to build a global vaccine development business in Dundee, creating high-value employment in a company with international reach. We are already developing significant commercial and scientific relationships across the globe from Europe to the US and South Korea. We look forward to building on these relationships this year and bringing international investment into vaccine development in Scotland.”

Childhood illnesses are rising in the post-pandemic world

At its height, Public Health Scotland detected more than 1,000 upper respiratory GAS cases — which causes scarlet fever in children — in a single week. This is compared to pre-COVID peaks of between 160 and 270 from 2016 to 2019.

“It’s great to see that, with the help of our HGSP funding, RHAPSEDA has now appointed a commercial champion and continues to forge ahead with its important work, which could revolutionize the way infections like Strep A are treated,” says Leah Pape, Head of High Growth Services at Scottish Enterprise.

“The company has strong global growth potential, the ability to generate high-value employment for Scotland and is a fantastic asset for the Tay Cities region in its drive to create a life sciences innovation district.” 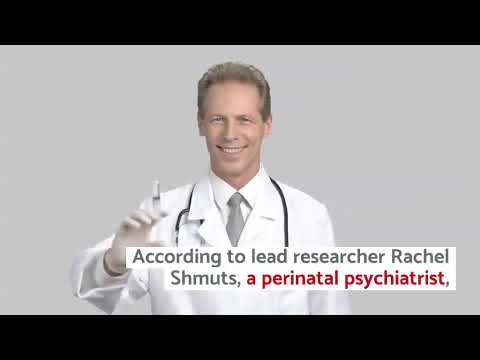 Best Hotels In San Juan, Puerto Rico: Top 5 Places To Stay, According To Experts13 mins ago