JENA, Germany — Written language dates back thousands of years. Facilitating literature, law, and everything in between, the written word exemplifies civilization itself. So, where did it begin and how did it evolve? A near 200-year-old African language is shedding some much-needed light on the evolution of writing.

Scientists at the Max Planck Institute for the Science of Human History analyzed the Vai script of Liberia, a rare African writing system that has fascinated and puzzled researchers since the early 19th century. Their work suggests new ways of writing quickly become “compressed” to clear the way toward more efficient reading and writing.

Like much of ancient history, the true origins of writing will likely remain a mystery forever. We know that writing was probably first invented in the Middle East about 5,000 years ago, forgotten for centuries, and then re-invented in both China and Central America. Fast forward to the 1830s, and a handful of people created the Vai script.

“The Vai script of Liberia was created from scratch in about 1834 by eight completely illiterate men who wrote in ink made from crushed berries,” says lead author Dr. Piers Kelly, now at the University of New England, Australia, in a media release.

The Vai script is typically taught in an informal manner by a literate teacher to a single apprentice student, explains Vai expert Bai Leesor Sherman. The Vai writing system persists and is actually quite popular on a local level to this day. Currently, people use it to communicate pandemic health recommendations.

“Because of its isolation, and the way it has continued to develop up until the present day, we thought it might tell us something important about how writing evolves over short spaces of time,” Dr. Kelly explains. “There’s a famous hypothesis that letters evolve from pictures to abstract signs. But there are also plenty of abstract letter-shapes in early writing. We predicted, instead, that signs will start off as relatively complex and then become simpler across new generations of writers and readers.” 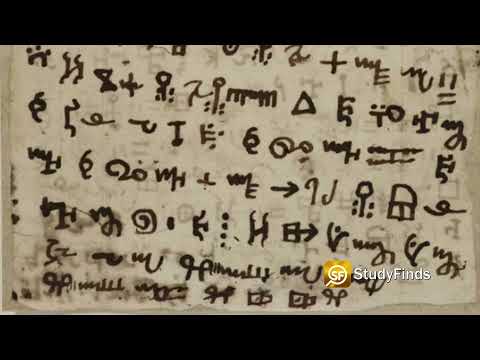 “The original inventors were inspired by dreams to design individual signs for each syllable of their language. One represents a pregnant woman, another is a chained slave, others are taken from traditional emblems. When these signs were applied to writing spoken syllables, then taught to new people, they became simpler, more systematic and more similar to one another,” Dr. Kelly continues.

“Visual complexity is helpful if you’re creating a new writing system. You generate more clues and greater contrasts between signs, which helps illiterate learners. This complexity later gets in the way of efficient reading and reproduction, so it fades away,” Dr. Kelly concludes.

Moving forward, Africa may provide many more answers regarding the usual trajectory of the evolving written word. For example, people in Nigeria and Senegal are still inventing new writing systems to this day.

The findings appear in the journal Current Anthropology.

How to plan the best birthday party for your kids: For one, don’t stress over it11 mins ago

How to plan the best birthday party for your kids: For one, don’t stress over it