“Anyone looking to recommend or take serine to mitigate Alzheimer’s symptoms should exercise caution,” cautions co-first study author Riccardo Calandrelli, a research associate at UCSD, in a university release.

Led by Sheng Zhong, professor of bioengineering at the UC San Diego Jacobs School of Engineering, and Xu Chen, a professor of neurosciences at UC San Diego School of Medicine, the research focuses on an enzyme called PHGDH in the blood. Researchers report a group of older adults all dealing with various stages of Alzheimer’s disease, even the earliest stages before noticeable cognitive symptoms show themselves, shared one big similarity: Consistently higher expression levels of the gene coding for PHGDH.

In other words, high levels of PHGDH in the blood may serve as an accurate warning sign for Alzheimer’s.

How does this connect to serine supplements?

PHGDH is a key enzyme in the production of serine. The fact that researchers observed consistent PHGDH expression in samples taken from deceased Alzheimer’s patients suggests there was probably a similarly high rate of serine production in their brains while alive as well. Taking additional serine may not be beneficial, researchers warn.

These latest findings build off of earlier work conducted by Prof. Zhong’s team that initially zeroed in on PHGDH as a possible dementia indicator. That study analyzed blood samples collected from older adults, ultimately discovering a steep increase in PHGDH gene expression among Alzheimer’s patients specifically – as well as healthy participants roughly two years before their Alzheimer’s diagnosis.

For this new research, study authors wanted to establish if this increase links back to the brain. The results add further evidence that it can.

“It’s exciting that our previous discovery of a blood biomarker is now corroborated with brain data,” Prof. Zhong says. “Now we have strong evidence that the changes we see in human blood are directly correlated to changes in the brain in Alzheimer’s disease.”

Researchers analyzed genetic data from post-mortem human brains across four groups. They included patients diagnosed with Alzheimer’s, people with no noticeable cognitive issues and no Alzheimer’s diagnosis but whose post-mortem brain analyses showed early signs of Alzheimer’s, and healthy controls. Each group consisted of 40 to 50 individuals, all 50 and older.

In comparison to the healthy controls, Alzheimer’s patients and “asymptomatic individuals” displayed a consistent increase in PHGDH expression. Importantly, expression levels appeared to be higher the more advanced the disease. The team even saw this trend in two supplementary mouse models of Alzheimer’s disease.

Study authors also compared each subject’s PHGDH expression levels to their scores on two distinct clinical tests: The Dementia Rating Scale, which measure a person’s memory and cognitive abilities, and Braak staging, which rates Alzheimer’s disease severity based on brain pathology. Sure enough, the worse a person scored on these tests, the higher the expression of PHGDH in their brain.

“The fact that this gene’s expression level directly correlates with both a person’s cognitive ability and disease pathology is remarkable,” Prof. Zhong explains. “Being able to quantify both of these complex metrics with a single molecular measurement could potentially make diagnosis and monitoring progression of Alzheimer’s disease much simpler.”

Still, this study’s authors believe the exact opposite. Based on their data, which shows a consistent high rate of PHGDH expression in Alzheimer’s patients, the production of serine likely increases due to dementia.

Moving forward, researchers are looking for new ways to analyze how changing PHGDH gene expression may or may not changes various disease outcomes.

The findings appear in the journal Cell Metabolism. 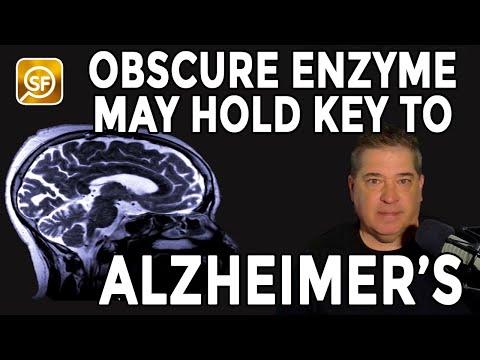 How do you save a friendship? Researchers suggest acting more like them20 mins ago

Who wins Super Bowl LVII? Computers playing Madden NFL 23 have the answer — and the score!47 mins ago