NEW YORK — Americans are generally much more liberal than they were 50 years ago, with public views taking a decidedly liberal slant in the 1990s, a new study finds. Despite that shift, researchers from New York University note these changes in public sentiment aren’t translating into today’s politics.

Why? While the average American may be more liberal today when it comes to topics such as gender, sexuality, race, and personal liberty than in the 1970s, views on polarizing issues like gun control, taxes, and abortion have largely remained the same. Study authors state these polarizing issues still sway voting decisions in a major way.

“America is a more liberal country now than it was 50 years ago,” says study author and NYU sociologist Michael Hout in a university release. “But its politics do not reflect this because polarizing attitudes and behaviors changed less than either values or lifestyles.”

People are getting more liberal on more issues

Using data from the General Social Survey (GSS), researchers assessed nearly 300 distinct variables (attitudes, beliefs, and behaviors) among respondents. Study authors collected this data between 1972 and 2018, placing respondents into 32 different groups depending on their age. The groups spaced Americans out by age, representing a gap of two to three years for each group. This included Americans born as early as 1882, as well as people born as late as 2000.

According to the analysis, each generation is just a little more liberal than their predecessors. More specifically, researchers deemed about 62 percent of the variables to slant more liberal among modern day Americans in comparison to older age groups. Conversely, only five percent of the variables shifted to a more conservative stance over time.

Additionally, study authors report each distinct age group became more liberal during the study period. Among the different groups, measurements taken over the past decade were much more liberal across 48 percent of the variables than during the last three decades of the 20th century. Conversely, only 11 percent of the variables moved to a more conservative viewpoint. 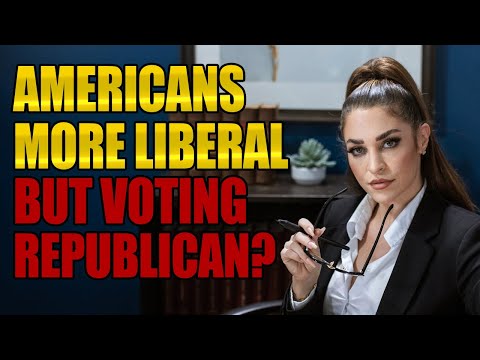 Some of the biggest changes include much more support for LGBTQ rights, such as gay marriage, as well as more civil liberties for atheists. While the data clearly indicates Americans have become more liberal in relation to racial issues, study authors note that these shifts may be tied to an increase in Latinx and Asian populations in the U.S. more than anything else.

Notably, the team found little change for certain topics like abortion, healthcare, guns, and governmental oversight. In fact, from 1972 to 2004, party affiliation shifted “slightly but steadily” toward the Republicans.

“Such consistently liberal results are surprising given conservatives’ many wins in elections, legislation, and policy during this time,” Hout explains. “While issues like sexual freedom and gender roles may be part of political identities, the liberal trends observed are mainly private matters—and neither candidates nor policies address them as directly as they do other issues.”

Study authors conclude by adding that some of the biggest changes in American beliefs and habits had nothing to do with politics. For example, most Americans read far fewer newspapers today than 50 years ago.

The study is published in the journal Public Opinion Quarterly.