HAMPTON, Va. — The quest for science is ever “ant-agonizing.” However, it turns out we can find help in the most unlikely places — even deep underground, with our friend, the ant. Such is the case in a recent study gauging snowpacks on Earth, where scientists search for the sustainability and depths of ice in oceans and glaciers.

Using LIDAR (Light Detection and Ranging) methods along with looking to the past, and to the sky, Yongxiang Hu from NASA’s Langley Research Center and colleagues a new way to approximate the depth of snow. Dr. Hu noticed a key revelation: photons move like ants in colonies.

He recognized the phenomenon after taking a look at an older model: ants walk (inside the colony) an average of four times the volume of the colony divided by the surface area before returning to the surface. This old data and random movement gave Hu an idea stretching from Earth to the heavens — ants and photons are quite similar. “I studied properties of clouds and learned light bounces among cloud particles randomly, similar to the ants’ movement inside its colony. So, I thought that the ants theory might apply to snow too since snow comes from clouds,” Hu explains in a statement.

He further went on to explain that snow comes from clouds so why not apply the same logic? The simplicity was hidden within the complexity of Mother Nature.

Using older models and newer methods, Hu and the team of scientists conclude that ants and photons are extremely alike in the realm of snow-depth research. This helped the principle come to fruition that light bouncing around in snow would produce gaugable and viable results. ICESat-2 (Ice, Cloud, and Land Elevation Satellite-2) now reads light entering snowpacks with a better grasp.

This theory helps show that snow depth is approximately half the average distance that the photon traveled inside the snow.

New ways to measure snow depth lets us see where the water on our planet is going. Snow isn’t just great for making snow angels or having snowball fights — it also helps keep our planet cool. “I am confident this technique will revolutionize how we forecast snow evolution in the future and model sea ice changes, and we are already working on the design of the next generation of satellites specifically for snow depth,” adds Hu.

Thanks to Hu having his head in the clouds, an army of data from ants, and a team with diamonds in their eyes (or snowflakes in this case), science finds a way, again.

The research paper is published in the journal Frontiers in Remote Sensing. 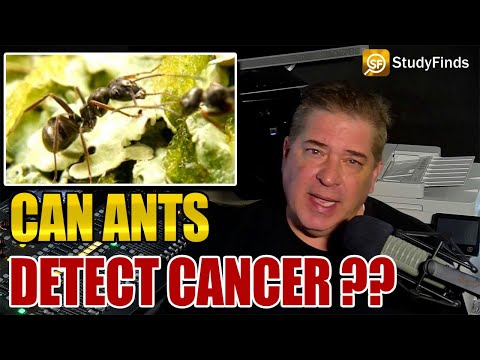