URBANA, Ill. – Are avocados really toxic and harmful to dogs? A new study finds this long-time claim appears to be just a myth. A team from the University of Illinois adds using the superfood to make dog chow would actually provide pets with a healthy source of nutrition.

Among people, avocados have become rockstars of the food pyramid in recent years. Several studies have found links between eating more avocado and improving gut health, weight management, and even fighting cancer. With so many people opting for avocado toast for breakfast these days, researchers wondered if they could create avocado biscuits for dogs.

The team says they would do this by using avocado meal, which is the ground, dried, and defatted pulp, seed, and skin left over after avocado oil processing — creating a fiber for dry dog food.

Why do people think avocados are toxic?

A quick Google search will deliver plenty of sources explaining how avocados contain a substance called persin which is harmful to dogs. Even the ASPCA says persin from avocados can cause vomiting and diarrhea if dogs consume it.

Despite these warnings, researcher Maria Cattai de Godoy says the claims are overblown. In fact, the team was not able to find any detectable levels of persin in their avocado meal.

“Being from Brazil, avocados grow in our backyards. They fall on the ground, and if dogs get hold of them, they eat them. Just like they do with mangoes, bananas, or any other fruits that grow natively in our country. I’d never heard of a dog dying from eating an avocado, so I was really curious why they were considered toxic here,” says Cattai de Godoy, associate professor in the Department of Animal Sciences at U of I, in a university release.

“When you look at the literature for avocado toxicity, all that exists are a few case studies. Dogs reported to have a fondness for avocado showed some signs of toxicity, but the case reports couldn’t prove avocados caused those symptoms. There are a lot of uncontrolled factors in these cases.”

Moreover, researchers couldn’t find a significant amount of direct evidence that persin in avocados was making dogs sick. Those studies also failed to detail where the persin was concentrated in the avocado plants or the fruit itself. Additionally, none of them examined persin levels in avocado meal.

A deeper analysis of the compound revealed why researchers couldn’t find any persin in their new dog fiber.

“Persin is structurally similar to a polyunsaturated fatty acid, meaning there are a lot of double bonds,” Cattai de Godoy explains. “They’re not very stable; heat and light can make them break down. Processing is very likely breaking down persin, which is probably why we cannot see it in the meal.”

“In fact, the concentration was so small in the avocado meal that it was out of our standard curve linear range, meaning it was below detection level. We observed, however, detectable amounts of persin in the raw fruit, including the peel, pulp, and pit.” the project leader continues.

A new source of nutrients for pups?

After concluding that avocado meal was safe to feed to dogs, the team fed three different fiber sources to a group of beagles: avocado meal, beet pulp, and cellulose. Over a two-week trial, study authors did not record any signs of toxicity or distress among the dogs eating avocado meal.

As for the other two industry standards, cellulose is an insoluble fiber which creates fecal bulk. Beet pulp, on the other hand, is the gold-standard fiber in pet foods, according to Cattai de Godoy. It’s a mix of soluble and insoluble fiber that feeds good gut bacteria while also promoting fecal bulk.

While comparing the three as a healthy fiber source, the team found avocado meal falls right in between cellulose and beet pulp.

“High fiber diets are not always palatable for pets, but that is not what we saw. The dogs consumed enough food to meet or exceed their energy requirements. The high inclusion of avocado meal [about 19%] was acceptable to them,” Cattai de Godoy says.

Could other avocado sources still be toxic?

The researchers note that they only tested persin levels from one source of avocado meal. These levels could vary depending on the cultivars and processing practices companies use — which the avocado industry does not standardize. However, Cattai de Godoy says the findings show avocados may be just as healthy for pets as they are for people.

“If you have a tool nobody has looked at and it’s economical and highly abundant, why not use it? From what we can tell, it seems to be a safe ingredient. We don’t see a signal for persin in avocado meal, and there is not really a robust literature pointing to persin as a true toxin for dogs or cats” she concludes. “I certainly think there’s still work to be done in order to say there are no concerns, especially if we were giving the fresh fruit. But according to our study, I think avocado meal is a safe bet and can be used effectively as a sole source of dietary fiber or in fiber blends.”

The study is published in the Journal of Animal Science. 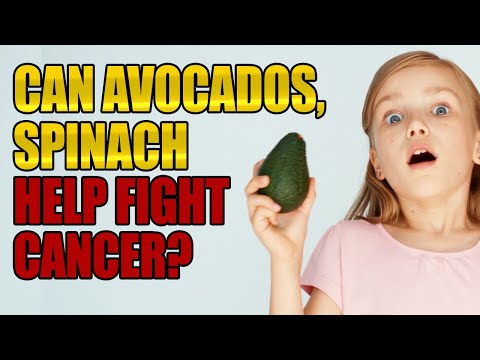