Skip to content
Best Of The Best, Food News

We’ve all had those long days of work where we’d just rather forgo cooking dinner and end our nights reaching for something quick out of the freezer to make for dinner. Of course, there may be no safer option than going with frozen pizza for the entire family. These days though, there are so many options to choose from at the grocery store, so it certainly pays to know what the best frozen pizzas are, according to the pros.

You might be surprised to learn that the latest trends in frozen pizza have this childhood favorite rivaling some of the biggest take-out pizza chains in the world. That’s right big pizza, your frozen sibling is coming for you.

However, with hearty holiday meals already taking their toll on the health of Americans, you’d think that overindulging in pizza would be bad for you. But, according to a study conducted by researchers at the University of Bath, some people can actually eat more than their fair share of pizza without causing any immediate health problems. We certainly don’t recommend going out and eating as much frozen pizza as possible just because you can, but let’s face it, you have worse options.

But, enough of the health chit-chat. You came here looking for the best frozen pizzas and that’s exactly what we’re giving you. Study Finds did the research, visiting 10 “expert” websites in an effort to find answers to the age-old question – which is the very best frozen pizza? To be fair, all of these options cost around $10 or less, or in some cases much less. As always, feel free to drop your favorite frozen pizza recommendations in the comments below!

Update: We have added a sixth pie to the list, dubbed the StudyFinds Fan Favorite. After our post first published, we received many, many comments from readers who argued there was one brand shockingly left off the list. We heard your cries and wanted to make it right, as you’ll see below.

The List: Best Frozen Pizzas for 2023, According to the Experts

“While sampling this brand, we were all rendered speechless,” writes The Takeout. “ DiGiorno is the quintessential grocery store frozen pizza, and when you eat it hot out of the oven, it really is better than a typical delivery option,” adds The Takeout.

Better than delivery might seem like a stretch, but DiGiorno just might be a better option than most delivery chains. Why? Because they’ve mastered the recipe and it’s a consistently great-tasting frozen pizza. “ DiGiorno has a sweet tomato sauce, a pillowy dough that is a treat to bite into, and a tonne of gooey cheese that will welcome you back for more and more bites,” explains Restaurant Clicks.

You may be familiar with Newman’s Own brand of pasta sauces, but this goodhearted brand also pumps out one of the best frozen pizzas available in grocery stores around the country.

“The pizza is delicious and better than your average variety. Its claim to fame is that uncured thin crust and the pepperoni is great [too],” writes Guilty Eats.

It’s the thin crust that has Newman’s Own on the list of the best frozen pizzas, but these pizzas are really well-rounded frozen options. “[The] toppings taste super fresh for a frozen pizza and the pie has a little spicy somethin’-somethin’ for those craving an extra kick,” adds Delish.

Finding a flavorful frozen pizza can be a challenge, but Newman’s Own is changing the game in terms of flavor and quality ingredients. “The pepperoni is also made from real beef and pork with no added nitrites (plus, there’s a generous portion on each slice),” explains Food Network.

Perhaps a lesser-known brand of frozen pizza, Screamin’ Sicilian is packing some serious flavor and cheese into its boxes, earning its spot as one of the best frozen pizzas you can get.

Clearly, if it’s cheese you’re looking for, then Screamin’ Sicilian’s Bessie’s Revenge Pizza is the choice for you. “None of us could make the complaint, as we had with a couple other pizzas, that this pizza lacked cheese—this one had a “ridiculous amount of cheese,” just as the package stated,” raves The Takeout.

It’s not just the cheese that’s stealing the show with this frozen pizza, either. “Bessie’s Revenge pizza has a robust, tangy tomato sauce that is topped with numerous cheeses such as Romano, cheddar, parmesan, and two different kinds of mozzarella,” adds Restaurant Clicks.

“If you’re looking for that dive-style pizza place with the checkered table cloths next to the local bar a few blocks away from the movie theater, this one nails that taste for sure,” writes Guilty Eats.

Tony’s keeps it basic, and in the competitive world of frozen pizza, that’s a recipe for lasting success. “Let’s be real: Tony’s may not be your idea of a gourmet pizza, but there’s just something about it that won’t let you stop munching on it until there’s nothing left. Let’s not question it,” states Delish.

Another unassuming, affordable, and simple frozen pizza option is Red Baron. Like Tony’s, Red Baron frozen pizzas are loved by many due to their simplicity combined with an overwhelming flavor. If you’re looking for the best frozen pizzas that most closely mimic a New York pizzeria, Red Baron just might be the choice for you.

“And yes: I do think this pizza was the closest to New York-style of all of them with its ooey-gooey cheese, moderately-thin crust, and expertly seasoned sauce,” writes BuzzFeed.

The expertly seasoned sauce doesn’t drown out the other flavors, either. “The sauce did not overpower the cheese, which tends to happen with frozen pizzas,” explains The Takeout.

So, with Red Baron, you’re getting the closest thing to a New York-style pizza, full of flavorful sauce and cheese. And, again, it’s affordable. “Lastly, you can’t beat its price. At $3.99 per pizza (a big box, too!) you can’t beat the quality of Red Baron’s flavor,” The Takeout adds.

Of course, you might not be able to get away with $3.99 per pizza much longer, but you can’t deny the value of Red Baron frozen pizzas. All that’s left to do is start stocking your freezer. “This pizza is one to remember and is an excellent freezer staple when you need something to eat asap. You’ll be glad the next time you decide to add this pizza to your grocery list,” Tasting Table furthers.

We heard the outrage, shock, and disbelief. Many, many commenters were very passionate about making sure we knew that it was a borderline crime that Home Run Inn did not make the list of best frozen pizza. So, in response to our dear readers, we’ve added it to the list as the fan favorite.

Now, just remember, we didn’t come up with this list folks. We visited the so-called “experts” and took their word for it, using the most frequent recommendations across expert lists to put together this list. In fact, the original author of this post, Matt Sherdan, who is actually from Chicago, admitted that Home Run Inn was his personal favorite when it comes to frozen pizza and understood the outcry. “I can definitely identify with their sentiment and I wanted it to make the lists so bad but it just wasn’t on the expert lists,” he says.

So, for the first time ever, we’re adding the StudyFinds Fan Favorite winner to our post. Congratulations to Home Run Inn, you have some very loyal customers. Here’s what some of our passionate commenters had to say:

There were plenty of other great suggestions left in the comments section below. If you don’t see your favorite frozen pizza on the list, please tell us! 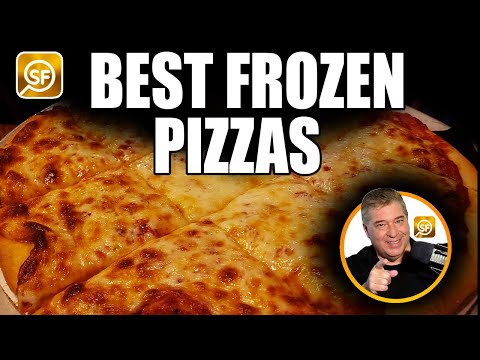 Note: This article was not paid for nor sponsored. StudyFinds is not connected to nor partnered with any of the brands mentioned and receives no compensation for its recommendations.