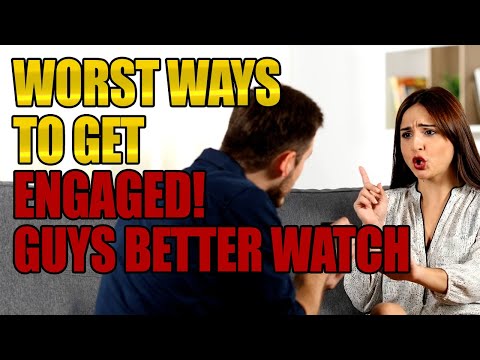 NEW YORK — What are the best and worst ways to get engaged? The most sure-fire path to the altar may begin during a romantic, intimate dinner. A survey of 2,000 Americans in a relationship finds that half believe wining-and-dining their potential spouse may help seal the deal when proposing.

The survey sought to find which places are the best and worst for getting engaged. Along with dinners, people feel the best moments to propose are during the holidays (47%) or while on vacation (46%). Rounding out the top five place are at concert or wedding, according to 36% of respondents. Before their engagement, 92 percent of those currently in a serious relationship say they’ve daydreamed about their upcoming proposal.

Commissioned by Hungry Howie’s and conducted by OnePoll, the study also revealed that of those who have previously been engaged (75%), the majority of these Americans (85%) can recall the exact moment their proposals took place.

However, over half (58%) admit they regret how their proposal went down and 45 percent wish they could get a do-over on their engagements.

Nearly a third of engaged couples (31%) have lied about their proposals when talking to others to make it seem more impressive than it actually was. Twenty-three percent, by comparison, lied to make their proposals seem more low-key than reality.

Sealing the deal with a ‘cheesy’ proposal The study further suggests that the best proposals happen around food – since four in five want their special moment to include their favorite meals.

Nearly two-thirds of respondents got engaged during a meal (65%), with one in five saying their special moment happened during appetizers.

Others said “I do” before the meal took place (18%), and more than a third (36%) had their ring presented to them in the actual meal.

“Whether we realize it or not, food plays a big role in our romantic lives,” says Hungry Howie’s CEO and President Steve Jackson in a statement. “Food speaks affection. There’s a reason why dinner proposals are a classic after all these years. It can be at home in a private and intimate setting, over takeout, or in a public space with an over-the-top gesture. From first dates to celebrating these special moments in life, we use food to show love in so many ways.”