BRISTOL, United Kingdom — Two years into the COVID-19 pandemic, the world continues to wait for daily life to return to normal. However, is “normal” really what people want? A recent poll finds most people are actually hoping the world will become a fairer and more sustainable place after the pandemic. Unfortunately, few think it will really happen.

According to two polls, one conducted between May and July 2020 and another taking place in July 2021, around 40 percent of respondents in the United States and United Kingdom want to see a “fairer future with grassroots leadership” coming out of the pandemic. Just over 10 percent would prefer a “return to normal.”

Despite their hopes for 2022 and beyond, the surveys of around 1,000 adults finds a majority expect life to pick up just as it was prior to COVID — whether they like it or not. However, the polls also revealed these individuals think their optimistic dream is in the minority, when it’s actually not.

“The findings revealed people’s appetite for positive change, but also a strong sense of skepticism about whether this would actually materialize or that their views were in fact widely shared,” says lead author Professor Stephan Lewandowsky from the University of Bristol in a release.

“This is important for everyone, including leaders and policy makers, to know so we can recognize and raise awareness of the common consensus contrary to popular belief. When people start to feel in the majority with their hopes, this instils greater belief and action towards achieving and making them real.”

The world misses their family gatherings

Among the things people continue to miss the most while living through the pandemic are their family and friends. Visiting with loved ones tops the list of activities respondents most want back during COVID. Going out to bars and restaurants comes in second among respondents in both countries.

U.S. and U.K. respondents did express some different tastes when it comes to other habits the pandemic is limiting their access to. Notably, more Americans miss being able to do “non-essential shopping” out at stores in comparison to their British neighbors. Interestingly, more than twice as many Americans are actually happy the pandemic is cutting down on their ability to physically intimate with others. 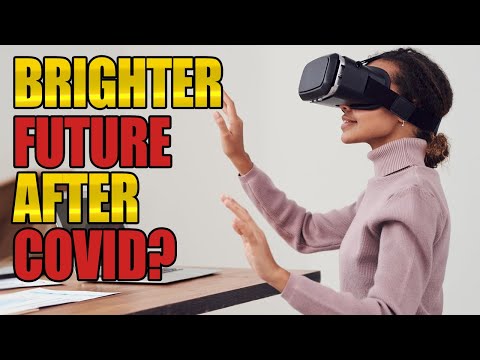 Meanwhile, U.K. respondents are more likely to miss the freedom to move about without limitations. Despite this isolation, one in five from both nations are in favor of working from home after the pandemic ends.

The future is a political topic?

Trying to find a silver lining in the pandemic, one in six people are welcoming the lower pollution levels and express a desire to keep making the environment a priority moving forward. One in five also want to see the world become a less individualistic place.

“This study provides hugely rich insights into people’s feelings during the COVID-19 pandemic and how they want to emerge from it. While many have faced great sacrifice and loss, there are also some silver linings which people clearly want to hang on to both for their own benefit and the greater good. These range from having more time and flexibility to devote to family to playing a more active role in the community, caring for others, and protecting the environment which is also in grave peril,” says co-author Keri Facer, a Bristol professor of Educational and Social Futures.

The findings are published in the journal Humanities & Social Sciences Communications.