BATON ROUGE, La. — What makes some animals more afraid of new things than others? It’s a question that has stumped biologists for years considering that there are many benefits to being fearless — including exploring new areas to live, trying out new food or places for food, and better adapting to changes in the environment. Now, a new study shows that fearlessness and fearfulness all comes down to how your brain is wired.

“Our study provides interesting and important evidence that some of the behavior differences could be led by gene expression,” says Christine Lattin, lead author of the study and assistant professor in the Department of Biological Sciences at LSU, in a university release.

Several animal species such as house sparrows have a mix of personalities related to fear. Having a flock that ranges from fearlessness and fearfulness could explain how these birds adapted to changes in human-altered environments. In the flock, the researchers observed the expression of certain genes in three out of four brain regions of fearless birds that were not active in birds displaying signs of fear. Of the brain areas, the hippocampus — a brain area involved in learning, navigation, and memory — showed the most difference in brain activity.

“One of the interesting things about the hippocampus is it can play an important role in decision-making. For example, when wildlife are presented with something new in their environment, the genes in their brains respond, helping them process the information, compare it to past experience and decide whether they should approach or avoid the novel object,” Lattin says.

The team studied six female house sparrows, with three showing more signs of fearlessness in trying a change (a red wrist coil keychain, white plastic cover, a green plastic Easter egg, or a painted food dish) in their feeding dish. The other three were too afraid to approach the new object. After several weeks of testing the sparrow’s fear behavior, the scientists studied their brain activity.

They found some active genes in the hippocampus of fearless birds differed from those in the hippocampus of fearful birds. For instance, there was more dopamine receptor 2 transcripts in the fearless birds. Researchers say dopamine receptor 2 displays a link to both boldness and exploration. Birds too scared to approach the new object showed more gene expression for the estrogen receptor beta gene, which studies link to the development of anxiety.

“The fear of new things, or neophobia, is a problem some people struggle with. The neurobiological gene receptors we’ve identified could help other scientists develop drugs to target neophobia or anxiety even in our own species,” Lattin explains.

The study is published in the journal PLOS One. 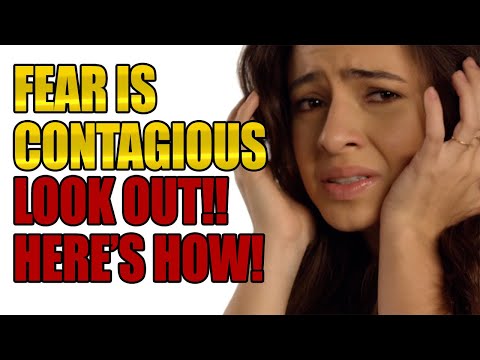