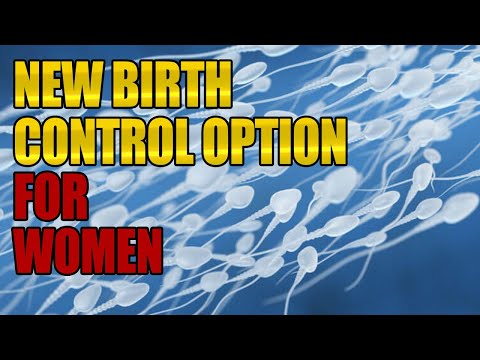 PULLMAN, Wash. — A new, over-the-counter contraceptive could prevent pregnancy by trapping a man’s sperm inside the natural gel of his semen, a new study explains.

The new research by a team at Washington State University showed that a birth control method which blocks prostate-specific antigens during ejaculation traps most of the sperm by keeping them in a thick gel form. Without the contraception, ejaculated semen normally turns from a thick gel into a liquid. This allows sperm to swim through the female reproductive system to find and fertilize the egg.

“Our goal is to develop this into an easily accessible female contraceptive that would be available on-demand, meaning women could go buy it off the shelf,” says Joy Winuthayanon, associate professor and director of WSU’s Center for Reproductive Biology in a university release. “It could be used in combination with a condom to lower the failure rate significantly.”

When used correctly, condoms are one of the most common and effective ways of preventing pregnancy. However, condoms are not even a fool-proof solution, with two out of 100 people still getting pregnant every year. This new female contraceptive may be able to protect against pregnancy even if a condom fails.

The discovery of the contraceptive was accidental

When working on a separate reproductive study, the team investigated why some female mice could not get pregnant. They found trapped semen that remained in the semi-solid form. When researchers stopped the semen liquefication process on purpose using a non-specific protease inhibitor called AEBSF, they stopped sperm from moving and decreased overall fertility.

The current study replicated their findings but in human sperm samples. When the team exposed sperm to AEBSF, they found it did prevent fertilization, but it remained unclear whether it was from toxicity.

They next used an antibody to target the prostate-specific antigen — an active protein in liquefaction released in large amounts in prostate glands — in human sperm. PSA targets gel-forming called semenogelins that trap the sperm in the solid state to free them. The PSA inhibitor was able to block PSA’s ability to free the sperm. Future research will focus on developing more targeted PSA inhibitors without any negative side-effects.

“It is a bit of a long process because we don’t want off-target effects,” says Dr. Winuthayanon. “If we are going to develop this into the contraceptive product, it may be something that women would use often, so we want something that is safe and has no unintended effects.”

The study is published in the journal Biology of Reproduction.