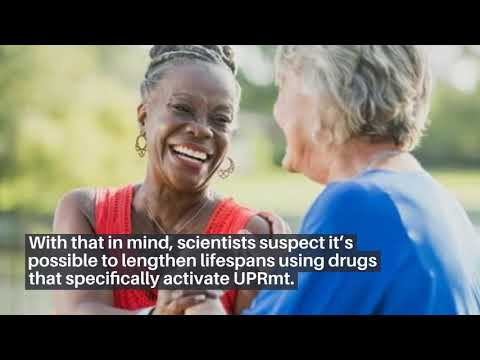 OSAKA, Japan — What’s the key to living longer? Better heart health? Keeping the brain active? A new study finds the answer may be in the energy our cells produce. Researchers in Japan say a blood pressure drug helps to spark the stress response of mitochondria, the part of the cells that creates energy for the body, and can prolong lifespans in animal studies.

“Even though aging is not a disease, drugs may slow down aging and mitigate or prevent its negative effects on our health,” Dr. Eriko Kage-Nakadai says in a university release.

Researchers examined around 3,000 drugs on worms engineered to glow if the medication activates their hsp-6 gene. This particular gene in worms is expressed when UPRmt occurs. Of the 3,000 drugs tested by the researchers, 1,300 have already been approved for use by the United States Food and Drug Administration.

From this group, Dr. Kage-Nakadai’s team discovered that metolazone could trigger this mitochondrial response and also extended the lifespan of the worms in the study. While successful in increasing wild-type worm lifespans, researchers note the drug did not help worms with certain mutations in three specific genes.

Two of these genes, atfs-1 and ubl-5, are essential to proper UPRmt function. The Japanese team says they believe this proves metolazone is acting as a UPRmt pathway. The third gene, nkcc-1, codes proteins which the drug targets while treating high blood pressure. Researchers say this may mean metolazone needs to block nkcc-1 proteins in order to start the UPRmt process.

Kage-Nakadai adds that metolazone-induced hsp-6 expression in HeLa cells, a human cell line researchers regularly use in biology studies, suggests the drug can produce the same results in other species.

“What is particularly exciting is that we tested already available approved drugs here, and we have revealed the potential of repurposing existing drugs for aging control. Worms always give us many hints,” the researcher says.

The study appears in the journal Biogerontology.