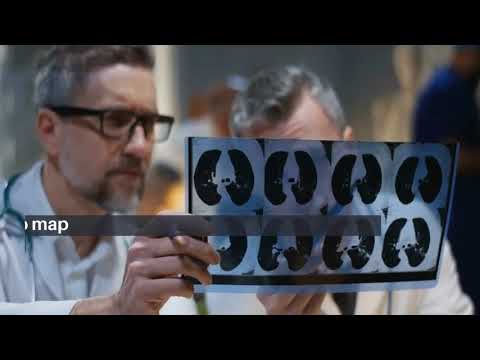 TURKU, Finland — Music can evoke a wide variety of different emotions in listeners. While some songs put a smile on our faces all day, other can bring us to tears in seconds! So, can your brain’s reaction to music reveal what kind of tunes you’re listening to? A new study finds researchers can actually tell if a person is hearing happy or sad music based on the activity going on in certain regions of the brain.

A team from the University of Turku in Finland examined 102 participants listening to music while undergoing functional magnetic resonance imaging, or an fMRI. Using machine learning algorithms to map the brain, researchers located which areas light up when exposed to different emotion-inducing songs.

“Based on the activation of the auditory and motor cortex, we were able to accurately predict whether the research subject was listening to happy or sad music. The auditory cortex processes the acoustic elements of music, such as rhythm and melody. Activation of the motor cortex, then again, may be related to the fact that music inspires feelings of movement in the listeners even when they are listening to music while holding still in an MRI machine,” explains postdoctoral researcher Vesa Putkinen in a university release.

Movies and music affect the brain in different ways

The Finnish team also discovered which brain areas are active while watching various films that bring forth strong emotions. They tested if these regions are the same ones which are stimulated by music. The results suggest that what you see and what you hear actually spark different mechanisms in the brain when it comes to emotions.

“Films, for instance, activate the deeper parts of the brain that regulate emotions in real-life situations. Listening to music did not strongly activate these regions nor did their activation separate the music-induced emotions from each other,” Putkinen reports. “This may be due to the fact that films can more realistically copy the real-life events that evoke emotions and thus activate the innate emotion mechanisms. As for the music-induced emotions, they are based on the acoustic characteristics of music and colored by cultural influences and personal history.”

Normally, scientists have studied music-induced emotions by seeing how participants react to classical instrumental music. You could say the team from the University of Turku took a slightly different approach.

“We wanted to use only instrumental music in this study as well, so that lyrics did not impact the emotions of the research subjects. However, we included film, music, and songs by the guitar virtuoso Yngwie J. Malmsteen,” Putkinen notes.

The study appears in the journal Celebral Cortex.

Best Of The Best Hair Gels: Top 5 Sculpting Products Most Recommended By Experts48 mins ago

Presidential Tweets reveal when politicians get nasty, many voters tune out52 mins ago