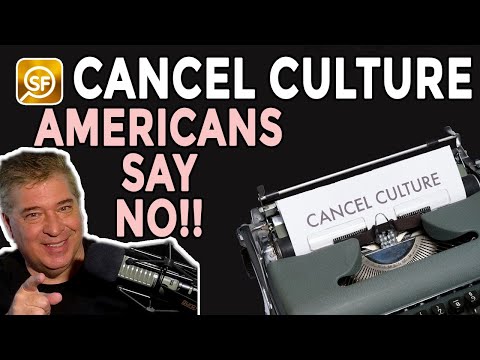 NEW YORK — Should content creators be “canceled” for their personal opinions? According to two out of three Americans, the answer is a resounding “No.” Conducted by market research firm OnePoll, a recent survey of 2,000 respondents focuses on past and present fandoms. Of those polled, 58 percent agree with the premise that, “It’s never OK to boycott an artist’s work based on their personal opinions.”

While 61 percent acknowledge that it would significantly impact their enjoyment if a creator said something “reprehensible,” 68 percent believe it’s still possible to “separate the art from the artist.”

The survey then narrowed in on past and present “Harry Potter” fans (about 24% of the poll), examining their reactions to recent controversies within the franchise — including author J.K. Rowling’s vocal opposition to a bill that would allow transgender individuals to legally change their gender in Scotland. Of those who participated in Pottermania, 70 percent (or 18% of respondents overall) say they would still actively identify themselves as Harry Potter fans to this day.

Even still, 71 percent admit they care less about Harry Potter now than they did at the height of their fandom. When asked to explain the dropoff, 42 percent reconsidered their relationship with the franchise after “learning about its more problematic elements.” Another 35 percent objected to author J.K. Rowling’s recent anti-transgender rhetoric.

A similar percentage of respondents (36%) cited disinterest in newer franchise installments, like the “Fantastic Beasts” film series or the Broadway production of “Harry Potter and the Cursed Child.” More than one in four (29%) simply “got too old for it.” Not surprisingly, certain “houses” – the in-universe Hogwarts dormitories that fans sort themselves into based on their personality archetype – are more passionate about Potter than others.

Those who self-identified as “brave” Gryffindors, among whose ranks included Harry Potter himself, are much more likely to identify themselves as active fans compared to the overall average (83% vs 70%).

Meanwhile, members of the stereotypically-villainous Slytherin house are far less interested in labels; one in four (24%) no longer call themselves Potter fans at all. In fact, half (52%) refer to the series as “problematic” now.