Scientists have shown that when taken orally, the drug AZD1390 can block the body’s response to damaged DNA — allowing nerves to repair themselves, restoring sensory and motor functions.

The breakthrough comes weeks after the same research team from the University of Birmingham found that another experimental drug can reduce damage after a spinal injury by blocking the inflammatory response.

AZD1390 is still under investigation by AstraZeneca as a cancer treatment. Under their Open Innovations Program, researchers were looking at the drug’s ability to block the signaling and repair of damaged DNA strands, a process that occurs after DNA damage and spinal injury. This would make cancer cells more sensitive to radiation treatment.

Professor Zubair Ahmed and Dr. Richard Tuxworth hypothesized that the persistent activation of this system may prevent recovery from spinal cord injury and that blocking it would promote nerve repair and restore function after injury.

Published in the journal Clinical and Translational Medicine, their initial studies found that the drug stimulated nerve cells grown in culture and blocked the ATM protein kinase pathway – an important biochemical pathway that regulates the response to DNA damage.

Then the researchers used animals to test the drug’s effect on spinal recovery. They showed that the treatment suppressed the ATM protein kinase pathway and allowed nerves to regenerate around the injury and beyond.

“This is an exciting time in spinal cord injury research with several different investigational drugs being identified as potential therapies for spinal cord injury,” Professor Ahmed says in a university release.

“We are particularly excited about AZD1390 which can be taken orally and reaches the site of injury in sufficient quantities to promote nerve regeneration and restore lost function,” Ahmed continues. “Our findings show a remarkable recovery of sensory and motor functions, and AZD1390-treated animals being indistinguishable from uninjured animals within 4 weeks of injury.”

“This early study shows that AZD1390 could be used as a therapy in life-changing conditions. In addition, repurposing this existing investigational drug potentially means we can reach the clinic significantly faster than developing a new drug from scratch,” Dr. Tuxworth concludes. 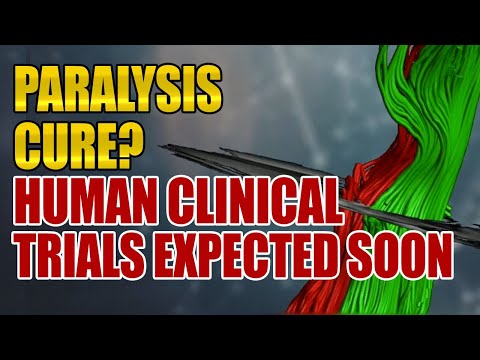