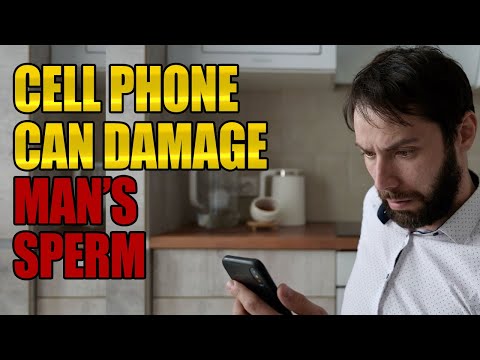 “​​Male cell-phone users should strive to reduce mobile phone use to protect their sperm quality,” says Yun Hak Kim, an assistant professor from Pusan National University, in a media release.

In this study, scientists looked at the amount of damage radiofrequency electromagnetic waves from modern-day cell phones may inflict on a user’s health.

The team conducted a new meta-analysis evaluating studies published from 2012 to 2021 that looked into cell phones’ effects on sperm quality. They found and reviewed data from 18 studies, encompassing 4,280 sperm samples.

Results confirmed a link between cell phone use and a decrease in sperm motility, viability, and concentration. Interestingly, researchers did not find a link between reduced sperm quality and how much time a man spends on their phone, just exposure to cell phones themselves.

Since tech companies are constantly updating their phones, the researchers suggest more studies are necessary to evaluate the threat level mobile devices have on male fertility.

“Additional studies will be needed to determine the effect of exposure to EMWs emitted from new mobile phone models in the present digital environment,” Dr. Kim explains.

The findings appear in the journal Environmental Research.

Best Places To Live In America In 2023: Top 5 Cities Most Recommended By Experts5 mins ago

What’s the safest seat on a plane? Unfortunately it’s the least popular one39 mins ago