‘Our findings suggest that pets are coming into contact with aromatic amines that leach from products in their household environment.’

NEW YORK — Cleaning up pet poop can be a stinky job, and a new study is giving owners even more reason to hold their noses. Researchers at New York University’s Grossman School of Medicine say they found chemicals in dog and cat feces which point to toxic exposure in their own homes. Moreover, the study warns that these toxins are likely coming from substances that could also lead to cancer in both pets and humans.

Study authors say chemicals called aromatic amines are present in everything from tobacco smoke to dyes used in cosmetics, textiles, and plastics. The analysis of 140 dogs and cats discovered that tobacco smoke was not the main source of exposure, suggesting that pets are encountering harmful chemicals from everyday products in peoples’ homes. Overall, the team found eight different aromatic amines in pet stool samples.

“Our findings suggest that pets are coming into contact with aromatic amines that leach from products in their household environment,” says study lead author Sridhar Chinthakindi, PhD, a postdoctoral fellow at NYU Langone Health, in a media release. “As these substances have been tied to bladder, colorectal, and other forms of cancer, our results may help explain why so many dogs and cats develop such diseases.”

Where are these chemicals coming from?

Along with indirect exposure to household chemicals, the team found a common flea control medication called amitraz can break down into an aromatic amine called 2,6-dimethylaniline in a pet’s digestive system. This chemical accounted for nearly 70 percent of the amines in dogs and 80 percent in cats.

Previous studies have explored the health risks of hormone-disrupting chemicals found in pet urine, but researchers say the new report is the first to look at our pets’ exposure to aromatic amines in the home.

To find out, the team collected urine samples from 42 dogs and 21 cats, and feces samples from 77 pets. All of the animals lived in private homes, animal shelters, or veterinary hospitals in the Albany, New York area.

Results show cats had triple the concentration of aromatic amines in their urine in comparison to dogs. However, researchers explain that dogs and cats have different metabolisms which contributes to the difference. Specifically, cats don’t break these compounds down as well as dogs.

Notably, the study did not show a difference in the levels of aromatic amines between pets in homes and pets in animal shelters or hospitals. Researchers say this shows how common it is for both pets and people to come into contact with these potentially harmful toxins.

“Since pets are smaller and more sensitive to toxins, they serve as excellent ‘canaries in the coal mine’ for assessing chemical risks to human health,” says study senior author Kurunthachalam Kannan, PhD, a professor in the Department of Pediatrics at NYU Langone. “If they are getting exposed to toxins in our homes, then we had better take a closer look at our own exposure.”

Increasing our risk for cancer?

Kannan, a professor at NYU Langone’s Center for Investigation of Environmental Hazards, notes that it’s still unclear how much of these chemicals our pets can tolerate before they start to affect their health.

Researchers are now looking at the link between aromatic amine exposure and the risk for bladder, thyroid, and testicular cancer in pets.

As for humans, previous studies have found links between chemicals leaching out of common plastic and electronic consumer products and failing health. This includes higher risks for conditions like diabetes, heart disease, and cancer.

The findings appear in the journal Environment International. 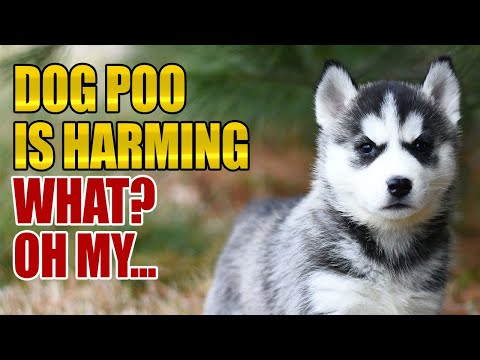