ANN ARBOR, Mich. — Chimpanzees and human teenagers are both risk-takers, but humans may be more impulsive than their ape counterpart, a new study reveals. Researchers say both human and chimp teens opt to take a risk when having the option between that and a safer choice — but kids display less patience.

In experiments, they offered both groups the choice of taking a gamble on an unknown snack or a safe option, discovering that most take the risk on a mystery food. Additionally, when given the option to take one snack right away or to wait a minute for three snacks, most chimpanzees were happy to wait. However, human adolescents were more impulsive and more likely to grab the one snack straight away.

Chimpanzees can live to be 50 years-old and experience adolescence when they are around eight to 15. Like humans, they show rapid changes in hormone levels during this period, start forming new bonds with peers, become more aggressive, and compete for social status.

“Adolescent chimpanzees are in some sense facing the same psychological tempest that human teens are,” says lead researcher Alexandra Rosati, PhD, an associate professor of psychology and anthropology at the University of Michigan, in a media release. “Our findings show that several key features of human adolescent psychology are also seen in our closest primate relatives.”

The researchers studied 40 wild-born chimpanzees at a sanctuary in the Republic of Congo and carried out two tests that involved food rewards. The chimpanzees voluntarily participated in the games in order to receive treats. In the first test, both adolescent and adult chimpanzees chose between two containers in a gambling task.

One container always contained peanuts, a food that chimpanzees like. The other container was concealed and held either a cucumber slice, a food they don’t like, or a banana slice, their favorite food. The choice was to play it safe and go for the peanuts or take the chance for a banana and risk receiving an unappetizing cucumber.

The chimpanzees’ emotional reactions and vocalizations were recorded. These included moans, whimpers, screams, banging on the table, or scratching themselves. Saliva samples also were collected to track hormone levels.

During several rounds of the test, similarly to human teens, the adolescent chimpanzees took the risky option more often than adult chimpanzees. However, adolescents and adults had similar negative reactions when they received cucumber.

The chimps also were tested on their ability to wait and were given the option to receive one banana slice immediately or wait for one minute to receive three slices. Both adolescent and adult chimpanzees chose the greater delayed reward at a similar rate. However, the adolescent chimpanzees threw more tantrums during the one-minute delay than the adult chimps, researchers report.

One the other hand, human teens were more impulsive than adults and were more likely to take the immediate reward.

“Prior research indicates that chimpanzees are quite patient compared with other animals, and our study shows that their ability to delay gratification is already mature at a fairly young age, unlike in humans,” Rosati says.

The study highlights the age-old “nature vs. nurture” question about why adolescents take more risks. Both chimpanzee and human teens showed a tendency to take a chance, suggesting that risk-taking behavior is deeply biologically ingrained.

The research is published online in the Journal of Experimental Psychology. 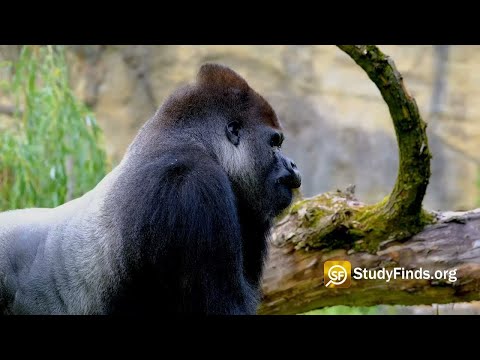