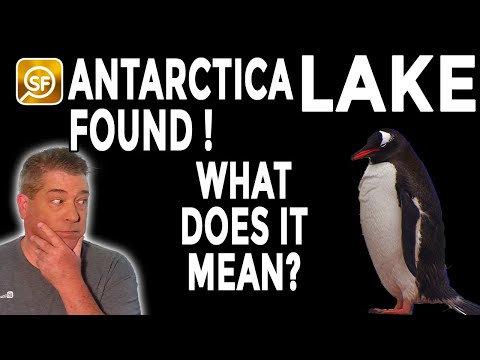 AUSTIN, Texas — A city-sized lake under the ice of Antarctica could shed light on what happens if global temperatures keep climbing, according to a new study.

Researchers from The University of Texas at Austin spotted Lake Snow Eagle at the bottom of a mile-deep canyon in the highlands of Antarctica’s Princess Elizabeth Land, under two miles of ice. Its waters may contain ancient sediments which would reveal what the continent looked like before it froze over and how climate change is affecting it.

“This lake is likely to have a record of the entire history of the East Antarctic Ice Sheet, its initiation over 34 million years ago, as well as its growth and evolution across glacial cycles since then,” says study author Don Blankenship, a senior research scientist at UT Austin’s Institute for Geophysics (UTIG), in a university release.

“Our observations also suggest that the ice sheet changed significantly about 10,000 years ago, although we have no idea why.”

Researchers ‘literally jumped’ after the discovery

The researchers became curious after spotting a “smooth depression” while reviewing satellite images of the ice sheet.

They spent the next three years flying systematic surveys over the area with an ice penetrating radar and sensors to measure minute changes in Earth’s gravity and magnetic field.

They were easily able to spot the lake as, unlike ice, water reflects radar signals like a mirror. The surveys lit up the underlying geology of the region and revealed the depth of water and sediments it contained, allowing them to construct a detailed picture of the surrounding area’s jagged, highland landscape.

It shows the newly discovered lake, which owes its name to one of the aircrafts used in its discovery, is about 30 miles long, nine miles wide, and 650 feet deep. Sediment, material broken down by processes of weathering and erosion, under the lake, could be older than the ice sheet itself.

New clues about the history of climate change?

Getting a sample of the lake’s sediments by drilling down to around 1,000 feet could help plug the gaps when it comes to understanding Antarctica’s ice sheets and their possible demise from climate change.

It might contain information about how the East Antarctic Ice Sheet first began and help explain what role the Antarctic Circumpolar Current plays. This is a ring of cold water circling the continent, which scientists believe keeps it cool.

“This lake’s been accumulating sediment over a very long time, potentially taking us through the period when Antarctica had no ice at all, to when it went into deep freeze,” adds co-author Professor Martin Siegert from Imperial College London.

“We don’t have a single record of all those events in one place, but the sediments at the bottom of this lake could be ideal.”

The findings are published in the journal Geology.