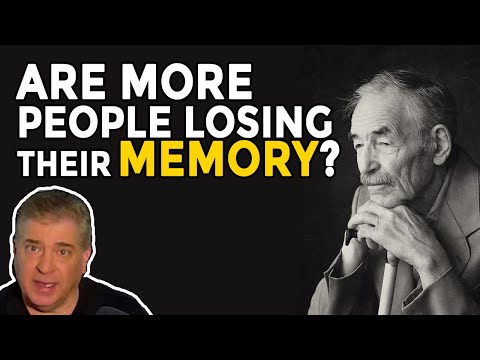 LONDON — Everyone forgets where they left their keys every once in a while, but research suggests forgetting things will be just the beginning of problems for many people. New research from England finds the number of cases of cognitive decline more than doubled in ten years, increasing the likelihood of dementia.

For the study, researchers used data from more than 1.3 million between ages 65 and 99, taken between 2009 and the end of 2018.More than 50,000 participants went to their doctor with concerns of memory loss. Nearly 15,000 experienced cognitive decline.

“There has been a drive in the past decade to encourage people to seek help earlier from their doctors if they are worried about their memory and we found that among those over 80, women and people living in more deprived areas were more likely to have a record of memory concern or cognitive decline, and their symptoms were more likely to progress to dementia diagnosis,” says lead author Brendan Hallam, a PhD candidate at University College London, in a media release.

Within three years of following up with a person who reported memory problems, 46% went on to develop dementia. Of those who experienced cognitive decline, about 52% later had a dementia diagnosis.

“Memory concerns and cognitive decline are not only hallmark symptoms of dementia, but they also predict a high risk of developing dementia. It is important for [general practitioners] to identify people with memory concerns as soon as possible to deliver recommendations to improve memory and allow timely diagnosis of dementia,” Mr. Hallam explains.

One study limitation was the different ways doctors reported memory concerns and cognitive decline. More research is needed to look at how many older adults report symptoms of cognitive decline in the general population than just those in primary care.

The study is published in the journal Clinical Epidemiology.