BRUSSELS, Belgium — The discovery of 10 mummified crocodiles at a historic site in Egypt may rewrite what we know about the ancient process of mummification. Archaeologists say the reptile mummies are in an undisturbed tomb on the west bank of the Nile River, dating back to the 5th Century BC.

In this case, the team conducted a detailed analysis of the preservation of the mummified crocodiles found in rock tombs.

“Ten crocodile mummies, including five more or less complete bodies and five heads, were found in an undisturbed tomb at Qubbat al-Hawā (Aswan, Egypt). The mummies were in varying states of preservation and completeness,” the study authors write in a media release.

Study authors were able to examine the crocodiles without taking off their coverings using CT-scanning and radiography. Based on the morphology of the crocodiles, the researchers discovered two different species at the dig site, West African and Nile crocodiles. These specimens range in length from 1.5 to 3.5 meters.

Interestingly, researchers found that the ancient Egyptians preserved the mummies in a much different style than studies have found at other sites. Most notably, these reptiles appear to lack any resin and did not have their organs removed (evisceration) during the mummification process. This style of preservation suggests that Egyptians mummified them in the pre-Ptolemaic age, which aligns with the final phase of funerary use of Qubbat al-Hawā during the 5th Century BC.

The team says comparing mummies across archaeological sites is useful in identifying different trends in animal use and mummification practices over time. Researchers note that their study did not have available ancient DNA and radiocarbon, which would be helpful for confirming the age of the remains.

The findings are published in the journal PLoS ONE. 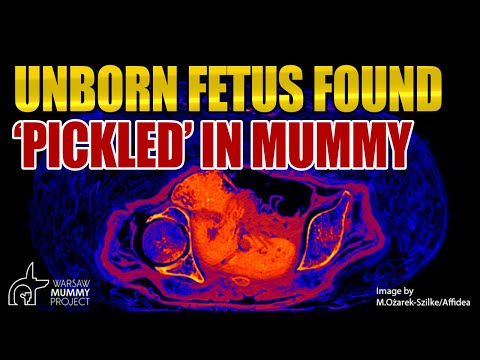 Who is Elizabeth Taylor Greenfield? The story behind America’s first Black pop star6 hours ago

Best Tablets For Kids In 2023: Top 5 Devices Most Recommended By Experts35 mins ago