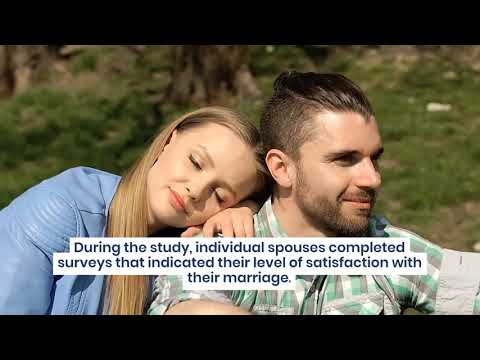 TALLAHASSEE, Fla. — Letting some animals into your love life could actually help you revitalize your marriage. A new study finds that associating a partner with a “cute animal” improves a person’s feelings and perceptions about their significant others.

Researchers at Florida State University recruited 144 married couples, all of whom were under the age of 40, to determine whether spouses could retrain themselves to instinctively formulate more positive impressions of their partner.

Previous research has shown that marital satisfaction declines over time even if behaviors stay constant, leading the researchers to wonder if changing one’s thoughts could make a difference.

“One ultimate source of our feelings about our relationships can be reduced to how we associate our partners with positive affect, and those associations can come from our partners but also from unrelated things, like puppies and bunnies,” explains lead researcher James K. McNulty in a news release from the Association for Psychological Science.

During the first component of the study, the researchers asked individual spouses to complete surveys that indicated their level of satisfaction with their marriage. Participants were split up into two groups: one of which was a test group, while the other was a control group.

The test group was instructed to view a brief stream of images, which included photographs of one’s partner and a positive stimulus, such as a cute animal, every three days over the course of six weeks.

The control group followed the same regimen, but they were only treated to pictures of their spouses accompanied by neutral stimuli (e.g., a button).

During the duration of this exercise, participants were also asked to measure their implicit attitudes toward their partner every two weeks. Researchers were able to gauge these attitudes by having participants take a subjective language exercise that incorporated photos of one’s partner.

The test group, the researchers found, demonstrated improved automatic reactions to their partner, while the control group saw no improvements or declines.

The researchers hope their findings can be applied to strained marriages, such as long-distance arrangements.

“The research was actually prompted by a grant from the Department of Defense – I was asked to conceptualize and test a brief way to help married couples cope with the stress of separation and deployment,” says McNulty. “We would really like to develop a procedure that could help soldiers and other people in situations that are challenging for relationships.”

Perhaps cute bunnies and cuddly kittens have more value in our lives than we’d thought.

The study’s findings were published in the journal Psychological Science.