NEW YORK — Financial times are tough and record-high inflation isn’t cutting anyone a break in 2022. Now, a new survey finds the holidays could be extremely stressful for many consumers already drowning in debt. It turns out most people are still struggling in the wake of the pandemic, with 51 percent saying they’re still living paycheck to paycheck.

Even more concerningly, the average American is carrying $25,139 in debt. If an emergency came up, more than two in five (42%) would not be able to pay for an unexpected $1,000 expense.

The poll of more than 1,000 people, commissioned by NY Sports Day, did find that 56 percent do have an emergency fund. That stash contains around $8,500. However, nearly half the poll (48%) say they’ve had to dip into their “rainy day” fund. Moreover, one in five Americans admit they’ve withdrawn money from their 401K or IRA before retiring.

READ: Best Long-Term Investments In 2022: Here’s Where You Should Put Your Money

The survey also found that one in four are not confident in their ability to manage their money. Despite that, 96 percent say they try to take care of their finances on their own. In fact, only 12 percent have a financial advisor. When it comes to taking advice, 15 percent say they don’t want to hear financial recommendations from other people.

The poll reveals many Americans are also struggling to keep a budget in recent years. Twenty-seven percent admit they don’t budget at all, with Gen Z Americans being the worst at managing their bank accounts (31%), followed by Gen X (26%), baby boomers (26%), and millennials (25%).

Almost half the poll (46%) say the pandemic changed the way they manage their finances. The majority (54%) have cut back on their spending and 26 percent started saving more money.

READ: How To Be Debt Free: 7 Simple Tips To Pay Off Your Bills Once And For All

Although 64 percent believe they’re good at saving money, nearly half (47%) are not actively saving for retirement right now. Moreover, 57 percent are worried about their ability to properly save for retirement.

Just one in 10 think they’ll be able to comfortably retire by the age of 60. Only one in five think they’ll retire at the typical age of 65. In the current financial climate, 16 percent feel they won’t be retiring until they’re at least 70 years-old.

Gambling on the future

With so much economic uncertainty right now, many Americans are trying to cash in on a longshot plan to fund their retirement — the lottery! Eight percent of respondents admit they’ve tried to get out of debt by playing the lottery. Another 15 percent say they buy lottery tickets whenever there’s a major jackpot up for grabs.

Overall, a staggering 84 percent are worried about the current state of the U.S. economy. Just 46 percent feel confident about their financial future. 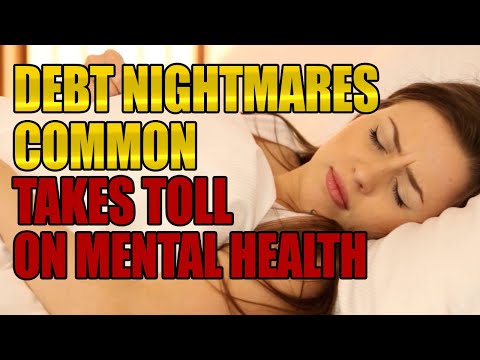 Best Subway Subs In 2023: Top 5 Menu Items Most Recommended By Experts39 mins ago