COLLEGE STATION, Texas — What’s on your plate may shape your personality, according to scientists from Texas A&M University. Most people may know the saying “you are what you eat,” but who knew it would prove so literal. Researchers report a variety of distinct bacteria and metabolomes in your gut actually have a connection to different personality traits.

“This reinforces many of the public health concepts related to nutrition and health,” says co-researcher Matthew Lee Smith, associate professor in the Department of Environmental and Occupational Health, in a university release. “Gut microbiome may be influencing the way you are, not just the way you are today. These findings are more suggestive than definitive, but they have contributed to our understanding of what gut health can do and how it makes people feel.”

The research team analyzed any and all identified correlations between the human gut microbiome, mental energy (ME), mental fatigue (MF), physical energy (PE), and physical fatigue (PF). The investigation revealed that specific bacteria and metabolome linked to metabolism also have a connection to either mental or physical energy. Meanwhile, the team linked bacteria tied to inflammation with either mental or physical fatigue.

“What you eat determines the bacteria and the microbiome in your gut,” explains lead study author Ali Boolani, associate professor in the Department of Physical Therapy at Clarkson University. “With this study, we have made an exploratory link between a person’s microbiome and their mood.”

Everyone likely feels the symptoms of fatigue at some point. However, it’s a chronic problem for some people, to the point that it impacts their personal and professional lives. Fatigue can also be a byproduct of numerous diseases and disorders common in middle-aged and older adults.

Study authors say, however, fatigue in general is a poorly understood concept. For example, when someone says they are feeling fatigued, they usually chalk it up to a lack of energy. Recent evidence, though, suggests fatigue and energy don’t always have a direct connection to each other. In other words, fatigue and energy are distinct moods, not opposites of each other.

Our traits all have different bacteria makeups

Food and diet, of course, factor heavily into feelings of fatigue. A healthy diet can go a long way toward ensuring one feels energized consistently. Conversely, poor eating habits can promote tiredness. With that in mind, researchers believe food itself isn’t the only element at play here. They conducted a further analysis focusing on the gut microbiome. Study authors reviewed data collected via a brief survey originally used to identify any potential correlations between gut microbiota and mental energy, physical energy, and fatigue.

Sure enough, the four traits (mental energy, mental fatigue, physical energy, physical fatigue) all had unique yet overlapping gut bacteria profiles. This signals that scientists need to conduct more research to explore the role of gut microbiota on feelings of energy and fatigue.

“We know that energy and fatigue can be influenced by so many things like what you eat, your physical activity, your sleep, your chronic conditions or the medications you take for these conditions,” Prof. Smith adds. “Understanding how nutrition and malnutrition are linked to fatigue and energy is important because falls, chronic fatigue and low-energy can diminish the health and quality of life for older adults living with chronic conditions.”

“I think part of the fun here is looking at some of these relationships and being able to better see this interplay and how what you eat can influence these things,” the researcher concludes. 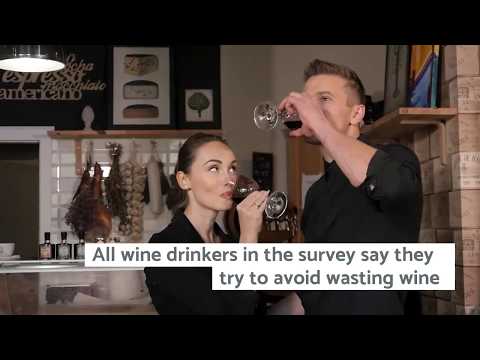