BOSTON — One in four Americans live with some form of physical, mental, or developmental disability. Despite the passage of the Americans with Disabilities Act (ADA) 32 years ago, a recent study finds many people don’t know much about this law — including the majority of doctors!

Society might expect the medical field to be an oasis in an otherwise cold world, but researchers at Massachusetts General Hospital (MGH) found that this is simply not so. Many practicing physicians do not have a basic understanding of their legal obligations under ADA and 70 percent don’t know who decides what constitutes a “reasonable accommodation” for a person with disabilities.

“Despite the fact people with disabilities comprise 25 percent of the population, they often confront barriers to basic health care services such as physical examinations, weight measurement, and effective communication with their physicians,” says lead study author Lisa Iezzoni, MD, MSc, from the Mongan Institute’s Health Policy Research Center at MGH, in a media release. “To achieve more equitable care and social justice for patients with disability, considerable improvements are needed to educate physicians about making healthcare delivery systems more accessible and accommodating.”

What does the ADA do?

Congress passed the ADA into law in July of 1990, prohibiting the discrimination of people with disabilities. It mandates that physicians and patients work together to come up with reasonable solutions to ensure that those patients with disabilities are receiving equitable care that is also accessible.

MGH researchers surveyed 714 physicians in outpatient practices from throughout the country. The results were shocking. Over a third (36%) knew little or nothing about their legal responsibilities related to ADA accommodations. Another 71 percent guessed incorrectly about who decides what constitutes a “reasonable accommodation.” As far as who foots the bill for accommodations, 21 percent did not know. However, 68 percent were concerned about a lawsuit if they were noncompliant.

“The lack of knowledge about who makes accommodation decisions raises troubling questions about healthcare quality and equity,” notes Iezzoni.

Ableism is still a problem

The study author says prior reviews have found situations in which a wheelchair-bound person received their examination while still in their chair, instead of medical professionals moving them to an examination table. These incidents can lead to a missed or delayed diagnosis for something as serious as cancer. Consider also the plight of the deaf or hard-of-hearing patient who does not receive a communication aid or sign-language interpreter during an examination.

“All patients with disabilities should ask their physician’s office staff about accommodating their needs and preferences when they schedule an appointment,” says Iezzoni. “Physician practices should retain that information in electronic health records and always ask at the time of scheduling if these needs and preferences have changed.”

Since some people with disabilities may not be able to advocate for themselves, however, the onus of responsibility falls on the physicians themselves. Researchers say the study proves that 30 years post-ADA, physicians are behind in their understanding of disability civil rights. A correction needs to begin in medical school and carry on into a physician’s continuing medical education, according to the team.

“Medical schools are currently training students about combatting racism, and there should also be training in combatting discrimination against people with disability, also known as ‘ableism,’” emphasizes Eric G. Campbell, PhD, a survey scientist at the University of Colorado and senior author of the study. “Every practicing physician can expect to see increasing numbers of people with disability, and they need to know how to accommodate them.”

The study is published in the journal Health Affairs. 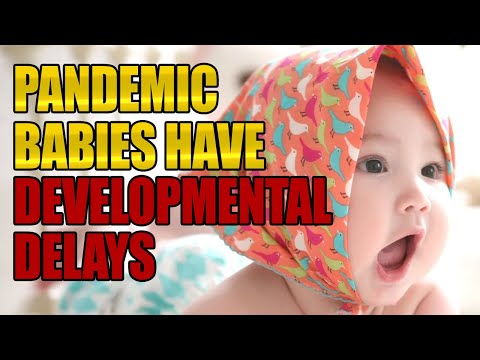