COLUMBUS, Ohio — When it comes to a good cause, people want to feel like they’re spending money on something worthwhile – not simply giving it away. It may sound like semantics, but researchers from The Ohio State University report it all comes down to control.

Study authors say people feel like they have more control over their charitable donations when someone tells them they’re actively spending their money on a good cause, as opposed to “giving” their money away.

“The word ‘give’ can have a more negative connotation than ‘spend’ to donors. ‘Give’ highlights how you’re being separated from your money, which is not appealing,” says study co-author Selin Malkoc, associate professor of marketing at Ohio State’s Fisher College of Business, in a university release.

“But ‘spending your money’ has a different connotation – it implies that you’re still a part of the cash you’re providing to the charity.”

These findings are part of a larger project focusing on how donors feel about giving their money versus their time to various nonprofits. Over the course of this project, over 2,700 people took part in seven experiments.

Overall, the research found that people would rather give their time than their money to nonprofits. Why? They have more control over how someone else uses their time.

“It is not possible to separate ourselves from our time, the way that we can from our money,” Prof. Malkoc explains. “When you give your time, it is still a part of you. You are still living through it.”

Of course, most nonprofits will admit that financial donations are very important. This work may help charities attract more fiscal donations by providing a new strategy, making sure donors feel like they have more control over how organizations distribute their money.

‘Spend’ twice as powerful as ‘give’

Researchers believe organizations can accomplish this by changing some of the language charities use while appealing for donations. For example, one study asked participants to read about a hypothetical COVID-19 fundraiser and imagine either giving or spending their time or money to help health care workers in need of personal protective equipment.

More specifically, participants revealed how much money they would be willing to donate, or alternatively, how many hours they would commit to the fundraiser. Incredibly, people asked for a financial donation offered more than twice as much when charities asked them to “spend” their money ($94) in comparison to asking them to “give” a donation ($40).

Afterward, participants answered several questions gauging how much control they felt over their donations. Those asked to spend their money felt much more in control than those asked to give.

“Our results suggest charities should be asking people to spend their money on them, not give it to them,” Prof. Malkoc says.

Another experiment entailed telling participants about an opportunity to donate either their time or money to a children’s hospital. In this scenario, researchers tipped off certain participants that they would have control over how charities would use their volunteered time or donated money. When afforded some control, people were pretty much equally interested in giving, regardless of whether it was time or money.

“If nonprofits gave more control over how donations are spent, or made donors feel like they were spending their money rather than giving it, that may alleviate some of the disconnect people feel about financial gifts.” Prof. Malkoc says.

Study authors accounted for a variety of potentially influential additional factors, but still consistently found that people want more control over how organization spend their time and money.

“Friends and family are more likely to want to help us by giving their time than their money,” Prof. Malkoc concludes. “For most people, time is very valuable, in some cases more valuable than money. But when it comes to sharing the resource with others, they are more willing to give time (than money) because they feel control over how it is used.”

The study appears in the Journal of Consumer Research. 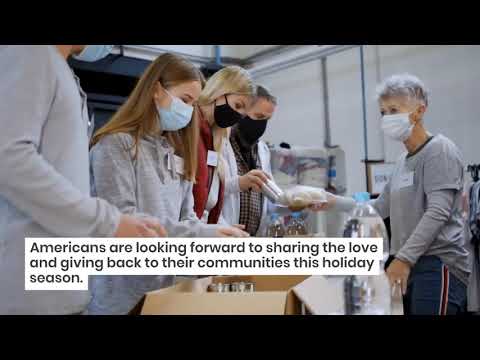