PHILADELPHIA — While scientists have time and time again made the link between alcohol and an increased risk of cancer, people continue to drink. Now, a new study from the National Cancer Institute suggests it’s not people disregarding the facts but rather being unaware of all the health risks that come from drinking alcoholic beverages.

Between 2013 and 2016, alcohol contributed to the development of over 75,000 cancer cases and nearly 19,000 cancer deaths per year, according to the study. Consuming ethanol, a common ingredient in wine, beer, and liquor, raises a person’s risk of seven different cancer types including breast, mouth, and colorectal cancer.

“Alcohol is a leading modifiable risk factor for cancer in the United States and previous research has shown that most Americans don’t know this,” says lead study author Andrew Seidenberg, MPH, PhD, a Cancer Prevention Fellow at the National Cancer Institute, in a media release.

The study collected data related to Americans’ awareness of the dangers of alcohol in relation to cancer. The team gathered health information from a 2020 national survey that included responses from 3,865 adults. Survey-takers answered questions such as “In your opinion, how much does drinking the following types of alcohol affect the risk of getting cancer?”

Other questions involved people’s awareness of the links between alcohol and heart disease. Finally, survey respondents disclosed their own drinking habits.

Americans are confused about the health benefits of wine

Nearly a third of American adults were more likely to be aware of an alcohol-cancer connection when the alcoholic beverage was liquor. However, they were less informed when it came to wine.

Only 20.3 percent of respondents knew about the dangers wine consumption had on cancer risk. In fact, some people believed alcohol had the opposite effect, being able to lower cancer risk. Out of all the beverages, 10 percent of adults believed wine could prevent cancer while 1.7 percent believed liquor decreased cancer risk.

Interestingly, people who were well aware of the link between alcohol and heart disease were also more knowledgeable about alcohol consumption and cancer risk.

“All types of alcoholic beverages, including wine, increase cancer risk,” says William MP Klein, PhD, the associate director of the National Cancer Institute’s Behavioral Research Program, and senior author of the study. “This study’s findings underscore the need to develop interventions for educating the public about the cancer risks of alcohol use, particularly in the prevailing context of national dialogue about the purported heart health benefits of wine.”

Over 50 percent of U.S. adults were unaware of any connection between alcohol and cancer. Adults over 60 appeared the least likely to be aware of the risk drinking plays in cancer development compared to adults between 18 and 39. The study authors note the low awareness among this age group may stem from well-established drinking habits among older adults. Additionally, a person’s awareness of the link between alcohol and cancer risk was not affected by whether a person was a heavy, casual, or non-drinker.

“Educating the public about how alcohol increases cancer risk will not only empower consumers to make more informed decisions but may also prevent and reduce excessive alcohol use, as well as cancer morbidity and mortality,” adds Klein.

Researchers note that their study had several limitations that could have influenced the outcomes. For example, some survey questions asked about awareness of the alcohol-cancer link without taking into account how much the survey respondent usually drinks. Moreover, part of the survey took place during the COVID-19 pandemic. This is a time when some people coped with a global crisis with unprecedented levels of drinking.

The study is published in the journal Cancer Epidemiology, Biomarkers & Prevention. 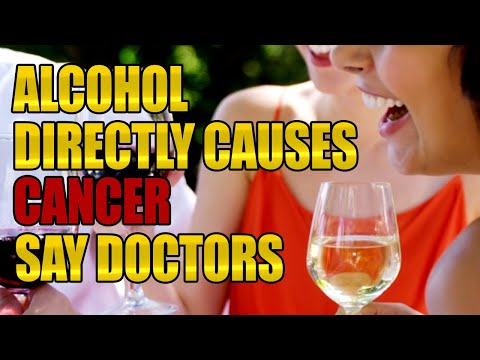 Best Steakhouse Chains In America: Top 5 Restaurants Most Recommended For The Finest Filets35 seconds ago

Entrepreneurs are often feverish workaholics. So what’s their secret to avoiding burnout?22 mins ago

Best Luggage For Kids In 2023: Top 5 Children’s Suitcases Most Recommended By Experts45 mins ago