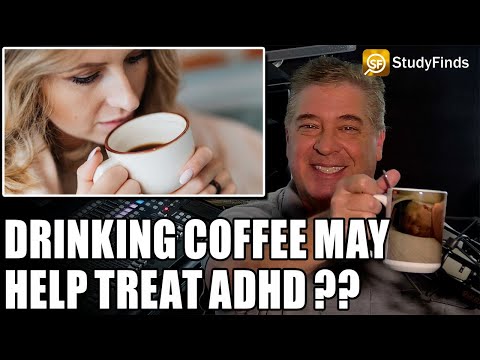 ADHD is a psychiatric condition which can cause impulsiveness, difficulty concentrating, and general restlessness. ADHD diagnoses have increased exponentially, especially among children, in recent decades. For example, the CDC estimates over six million American children have the condition. However, despite the seemingly widespread nature of ADHD, doctors still can’t seem to agree on how to properly treat it.

One major hang-up is the fact that ADHD symptoms and severity vary greatly from person to person. Another is that popular ADHD drugs like Ritalin and Concerta can cause a number of side-effects.

So, in pursuit of a better way to treat ADHD, the research team looked into the possibility of using caffeine to alleviate some associated symptoms by performing a systematic review of animal studies. Ultimately, their analysis concludes the prescribed consumption of caffeine can indeed increase attention and retention capacity in both adolescents and adults diagnosed with ADHD.

“The therapeutic arsenal for alleviating ADHD is limited, and there is a certain degree of controversy around the use of some types of medications and stimulants, especially during childhood and adolescence. That’s why it’s useful to study the efficacy of other substances, such as caffeine,” explains co-study main author Javier Vázquez, a researcher in UOC’s Cognitive NeuroLab group, in a university release.

Concerns over more caffeine in kids

“This substance improves these types of cognitive procedures, and increases capacity and flexibility in both spatial attention and selective attention, as well as in working memory and short-term memory,” Vázquez notes, adding that “controlled treatment with this substance doesn’t alter blood pressure, and doesn’t lead to an increase or reduction in body weight.”

Despite their findings, the research team also cautions that the impact of caffeine on other common ADHD symptoms like hyperactivity and impulsivity are still very much unclear.

“The results are very positive, but we must be much more careful when prescribing a caffeine-based medical treatment for these symptoms. In diagnoses in which the problem is purely attentional, caffeine may be an appropriate therapy, but if there’s a symptomatological presence of hyperactivity or impulsivity, we must be more cautious,” Vázquez continues.

“Our results reinforce the hypothesis that the cognitive effects of caffeine found in animal models can be translated and applied in the treatment of ADHD in people, especially at young ages such as adolescence,” the researchers report.

Physicians don’t diagnose ADHD in adults nearly as often as they do in children. Consequently, many parents may have concerns about starting their child on a course of ADHD medications.

“We want to emphasize that we aren’t against medication for ADHD, but we’re open to investigating all possible alternatives for improving this type of disorder, and for being able to use caffeine from a therapeutic point of view with all the appropriate medical supervision, a prescribed treatment and follow-up,” Vázquez concludes.

The study is published in the journal Nutrients.