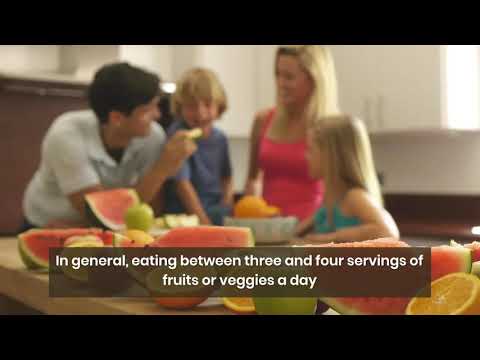 SYDNEY –– While the adage “an apple a day keeps the doctor away” may seem cliche, there might be some newfound truth to the statement, a recent study finds. Data shows that eating at least three servings of fruits and vegetables can help lower stress, especially for women.

Researchers at the University of Sydney in Australia conducted a longitudinal study on more than 60,000 Australians who were 45 years of age or older. The team examined the participants’ fruit and vegetable consumption, lifestyle factors, and psychological distress at two specific points in time— 2006 through 2008 and 2010.

While psychological distress was measured through the Kessler Psychological Distress Scale, a commonly used diagnostic for gauging depression-and anxiety-like symptoms, the researchers measured fruit and vegetable consumption through validated surveys.

In general, eating between three and four servings of fruits or veggies a day was linked to an 12% lower risk of stress compared to those who ate zero or no servings; for women, this percentage jumped up to 18%.

Women, along with young, overweight, uneducated, physically inactive, and nicotine-dependent individuals, are generally thought to be at a higher risk for stress.

“This study shows that moderate daily fruit and vegetable consumption is associated with lower rates of psychological stress,” says lead author Dr. Melody Ding, a senior research fellow at the university’s School of Public Health, in a news release.

Before you plant seeds in your backyard, however, it’s important to know that it’s mostly vegetables that play a role in reducing anxiety.

Ultimately, “women may benefit more from fruit and vegetables,” the study found.

These findings are consistent with previous studies that focused on similar health-related inquiries.

The study was published in British Medical Journal Open.

How do you save a friendship? Researchers suggest acting more like them28 mins ago

Who wins Super Bowl LVII? Computers playing Madden NFL 23 have the answer — and the score!55 mins ago