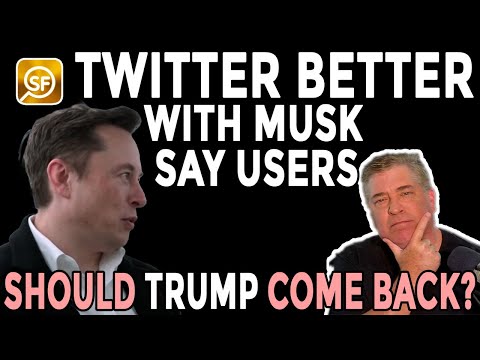 NEW YORK — The transaction may not be final, but four out of five Twitter-using Americans are ready to welcome Elon Musk as their new tweet overlord. That’s according to a survey of 2,000 U.S. residents, conducted just days after Twitter’s Board of Directors agreed to a $44 billion deal granting Musk complete ownership of the social media company.

Despite reports of mass account deactivations following the news, 79 percent of users polled believe that putting one of the world’s richest people in charge will transform the platform for the better. Seventy-six percent even claim they’ll use their accounts more frequently because of Elon Musk taking over Twitter.

Conducted by OnePoll on Tuesday, April 27, the survey also found that nearly three in four respondents (71%) have frequented Twitter in the past three months — more than the newest social media platform on the block, TikTok (58%). However, Twitter still tied with longtime social juggernaut Facebook (71%).

Within that group, 78 percent access the platform at least once a day, and 57 percent do so multiple times a day – predominantly for updates about news and current events.

Interestingly, the data also suggests a strong correlation between Twitter fandom and Elon fandom, as those who have a favorable opinion of the platform were similarly likely to favor its new leader.

Sixty-seven percent of those familiar with Musk add that they’d consider themselves a “fan” of his, including more men than women (73% vs 63%).

Despite all that, 63 percent still don’t think it’s a good idea for Elon Musk to buy Twitter.

“He has zero experience with managing a social media platform and a proven track record of undermining the potential of a business entity with his personal inclinations,“ one detractor argues, referring to Musk’s current position as the CEO of Tesla.

“It will just be a platform for rich people like Musk or [President] Trump to argue,” adds another respondent. “Nobody I know cares about it as a social site, we hate it.”

Should there be billionaires?

Regardless of social media usage, 53 percent of all survey participants agree that being a billionaire is fundamentally immoral, particularly millennials (66%). At the same time, 61 percent agree that billionaires earn their wealth by “being smarter than others,” and 57 percent feel they should be able to do “whatever they want.”

Not everyone concurs, however, including the district judge who ruled on Wednesday that Musk cannot back out of the 2018 SEC deal that requires him to screen all his Tesla tweets through a company lawyer first.