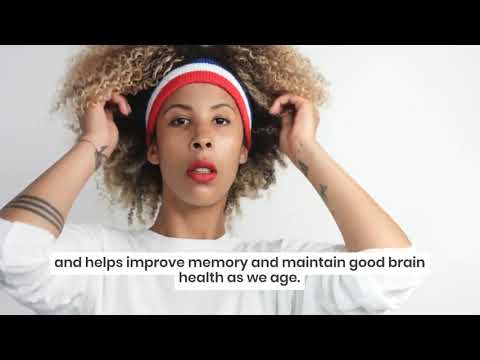 SYDNEY — Need more reason to hit the gym? How about a bigger brain? Literally. A recent study by Australian researchers found that aerobic exercise increases brain size and helps improve memory and maintain good brain health as we age.

Scientists at Western Sydney University’s National Institute of Complementary Medicine and the University of Manchester in the United Kingdom collaborated in first-of-its-kind study to examine the effects of regular aerobic exercise on the hippocampus, the part of the brain that controls memory.

As we age, the brain shrinks and slowly loses its functionality. Neuroscientists have estimated that the brain shrinks by about five percent per decade after the age of 40. The theory that exercise helps enlarge the hippocampus has been tested in rats before, but until now, tests on humans were inconclusive.

The researchers analyzed 14 clinical trials, examining the brain scans of 737 individuals before and after aerobic exercise. The participants were a mix of healthy individuals, those with mild cognitive impairments such as early-stage Alzheimer’s, and people with diagnosed mental conditions like depression and schizophrenia. Ages ranged from 24 to 76, with the average age of 66.

The studies themselves lasted between three and 24 months, with a range of two and five sessions per week. The sessions included aerobic exercises such as running on a treadmill, stationary cycling, and walking. The results showed that while the hippocampus volume did not increase, the left side of the region grew significantly in the human patients.

“When you exercise you produce a chemical called brain-derived neurotrophic factor (BDNF), which may help to prevent age-related decline by reducing the deterioration of the brain,” explains first author Joseph Firth in a statement. “Our data showed that, rather than actually increasing the size of the hippocampus per se, the main ‘brain benefits’ are due to aerobic exercise slowing down the deterioration in brain size. In other words, exercise can be seen as a maintenance program for the brain.

Firth says the study’s results could pave the way for future research into the potential link between exercise and prevention of Alzheimer’s disease and dementia.

The full study was published Feb. 1, 2018 in the journal NeuroImage.

How do you save a friendship? Researchers suggest acting more like them3 mins ago

Who wins Super Bowl LVII? Computers playing Madden NFL 23 have the answer — and the score!30 mins ago