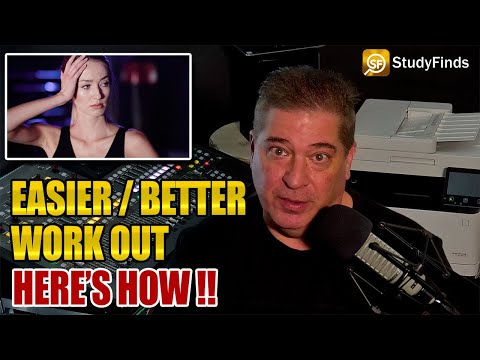 LEEDS, United Kingdom — A solid exercise session should always feel challenging, but not impossible. However, after an extended break from the gym, your workout may feel more brutal than it should. Now, science may finally have an answer to why this is the case. Researchers from the University of Leeds report neglecting exercise may deactivate a vital protein in our bodies, causing restricted blood flow to the muscles.

“Exercise protects against cardiovascular disease, diabetes, depression, and cancer. Unfortunately, many people fail to exercise enough, for reasons such as injury and computer usage. This puts people at more risk of disease. The less people exercise, the less fit they become, often leading to a downward spiral,” says lead study author Fiona Bartoli, a Postdoctoral Researcher in the University of Leeds’ School of Medicine, in a press release.

The Piezo1 protein is a blood flow sensor that reduces the density of capillaries carrying blood to muscles. However, when we lounge all day and night, the protein deactivates. The reduction in blood makes physical activity more difficult.

Researchers then observed the mice as they ran, walked, and climbed. The mice with disrupted Piezo1 displayed much lower activity levels than the control mice.

Piezo1 protein is involved in blood flow, not the motivation to work out

With these observations, the research team considered that maybe the Piezo1 mice lost their motivation or were less interested in working out. But there continued to be no real differences in the duration or amount of exercise between the two groups. Among the Piezo1 mice, there were fewer running wheel revolutions per exercise session and slower running speeds. These findings show a lowered exercise capacity, not necessarily a lesser desire to work out.

“Our work sheds new light on how Piezo1’s role in blood vessels is connected to physical activity. A lot was already known about its role in blood vessel development, but far less was known about its contribution to vessel maintenance in adults,” explains supervising study author Professor David Beech, in the University of Leeds’ School of Medicine. “Our discovery also provides an opportunity to think about how loss of muscle function could be treated in new ways: if we activate Piezo1, it might help to maintain exercise capability.”

The study is published in the Journal of Clinical Investigation.