SHANGHAI, China — Scientists have found a gene that causes humans to have fingerprints. Interestingly, it has nothing to do with your skin! Scientists in China say this gene — responsible for the circular, wavy, or winding patterns on your fingertips — also fuels limb development.

The discovery could lead to new treatments for congenital disorders, including Down syndrome.

Fingerprints are best known as a cornerstone of criminal investigation. Courts have accepted them as evidence in trials for over a century. Researchers add that their distinctive shapes are unique to every individual on the planet. How they form has remained a mystery – until now. Study authors note their findings reveal a link between genes and people’s observable characteristics — or “phenotypical traits.”

“We started the work purely out of curiosity. But later it turns out fingerprint pattern is associated with genes for limb growth, which are critical for fetal development. This provides another classic example of pleiotropy, when multiple phenotypes are interrelated to each other and are affected by the same genes,” says co-senior author Professor Sijia Wang, a geneticist at the Shanghai Institute of Nutrition and Health, in a media release.

Why do humans have fingerprints anyway?

The most comprehensive study of its kind scanned the DNA of more than 23,000 people across ethnic groups. One of the most influential regions for fingerprints regulated the expression of a gene called EVI1, which plays a key role in embryonic limb development.

Fingerprint patterns generally fall into three categories: arch, loop, and whorl. These furrows and ridges begin to appear on a fetus’ fingers and toes after the third month of pregnancy. Scientists believe they evolved to help humans grab objects and sense their textures. 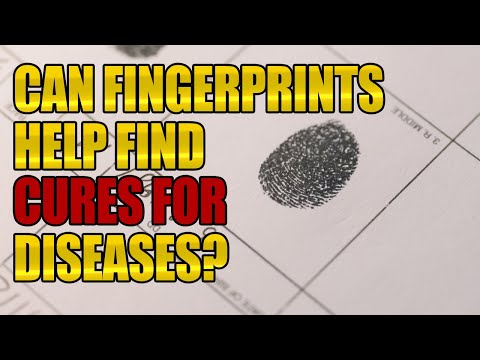 Prof. Wang and colleagues tested the finding by genetically engineering mice so the EVI1 gene was switched off. The lab rodents had abnormal skin patterns on their digits compared to their wild counterparts.

Analysis of human data revealed fingerprint patterns are genetically correlated with finger length. For example, people with whorl shapes tend to have longer little fingers than those who do not.

“We don’t know exactly how the genes shape fingerprint patterns, but it could be determined by the amount of strength from growth that’s put on an embryonic tissue called volar pads that plays an important role in the formation of different patterns of fingerprint,” says co-first author Prof. Jinxi Li of Fudan University.

As a fetus’ hands grow, the palms and fingers would stretch and elongate. These forces could turn a whorl into a loop, for example. Previous research has linked the EVI1 gene to leukemia. Some studies have also shown people with whorl patterns are more susceptible to the disease.

“Many congenital genetic disorders are related to different dermatoglyphic patterns, such as fingerprints,” Prof. Wang continues.

Children with Down syndrome are more likely to have a single crease running across the palm of their hands. The study, published in the journal Cell, is part of the International Human Phenome Project. It aims to map how human phenotypical traits are linked. Researchers are planning to research how fingerprint patterns relate to diseases and the underlying mechanism behind the phenomenon.