BINGHAMTON, N. Y. — If feeling comfortable and content with your spouse is a constant struggle, it may be a sign that there’s more than just a soured relationship. A new study finds that your genes may actually dictate the quality of your marriage.

Researchers at Binghamton University say their study is the first to show that the gene which regulates the release of oxytocin (often referred to as “the love hormone“) could be affecting the bond between partners. They say that different variations of the Oxytocin Receptor gene (OXTR) could alter the way one spouse feels supported and loved by the other.

For the study, researchers recruited 79 couples and then met individually with each partner. Each participant was asked to privately discuss a significant personal issue with the researchers — but it could not involve their partner or their partner’s family. After talking about the problem for 10 minutes, individuals were surveyed about the perceived quality of support during the interaction. They also provided saliva samples to the research team.

“We found that variation at two particular locations on OXTR impacted the observed behaviors of both husbands and wives, and that differences in behavior across couples had small but cumulative effects on overall evaluations of support, and thus marital quality in general,” says lead author Richard Mattson, an associate professor of psychology at the university, in a release.

But the effects were particularly significant for husbands who were found to have a specific variation of the genotype in the same location.

The authors say the results show that genes truly can impact the way people feel and behave in relationships.

“Genes matter when it comes to the quality of marriage, because genes are relevant to who we are as individuals, and characteristics of the individual can impact the marriage,” concludes Mattson. “Our findings were the first to describe a set of genetic and behavioral mechanisms for one possible route of the genetic influence on marriage. In addition, we added to the increasing awareness that the expression of genotypic variation differs greatly depending on context.”

The study was published in the Journal of Family Psychology. 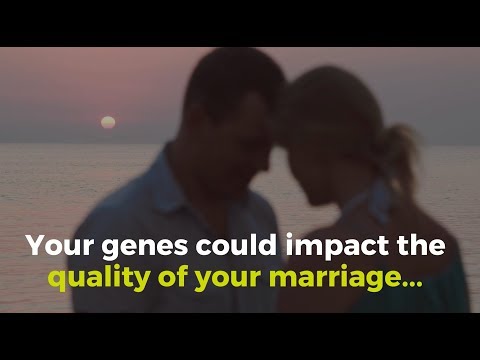