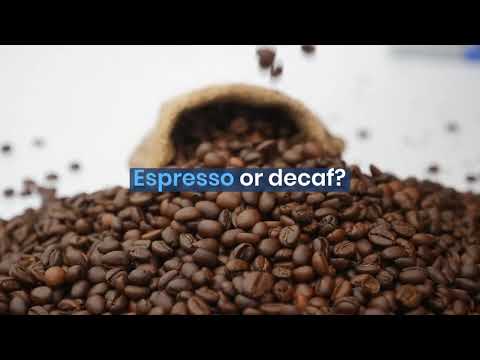 ADELAIDE, Australia — Coffee comes in all sorts of ways, from frothy cappuccinos to plain decaf in a paper cup. However, if you think your coffee preferences simply come down to taste, think again. A new study finds what kind of coffee people like and how much they drink actually has a lot to do with their heart health. Researchers from the University of South Australia say there’s genetic evidence that cardiovascular health influences coffee consumption.

Their study of over 390,000 people reveals different heart rate and blood pressure readings tend to reflect how that patient takes their morning cup of java. Specifically, participants with high blood pressure, angina, or irregular heartbeats were more likely to drink less coffee. These patients also tend to favor decaffeinated coffee or, in some cases, avoid coffee entirely.

Researchers say these preferences show how human genetics step in to regulate caffeine consumption to protect the body.

“People drink coffee for all sorts of reasons – as a pick me up when they’re feeling tired, because it tastes good, or simply because it’s part of their daily routine,” says lead researcher and Director of UniSA’s Australian Centre for Precision Health, Professor Elina Hyppönen, in a university release. “But what we don’t recognize is that people subconsciously self-regulate safe levels of caffeine based on how high their blood pressure is, and this is likely a result of a protective genetic a mechanism.”

Prof. Hyppönen explains that this means someone who drinks a lot of coffee is probably more “genetically tolerant” of caffeine. Alternatively, non-coffee drinkers or decaf fans likely react badly to caffeine and are at risk for high blood pressure.

Your body knows when it’s time to stop drinking coffee

Researchers analyzed data from the UK Biobank, examining each patient’s coffee consumption and comparing it to levels of systolic and diastolic blood pressure and heart rates. Along with the type of coffee, Hyppönen believes the amount people drink likely reveals how healthy someone’s heart is.

“Whether we drink a lot of coffee, a little, or avoid caffeine altogether, this study shows that genetics are guiding our decisions to protect our cardio health,” the researcher concludes. “If your body is telling you not to drink that extra cup of coffee, there’s likely a reason why. Listen to your body, it’s more in tune with what your health than you may think.”

Previous studies on coffee tend to provide mixed results about its impact on the heart. Some reports point to too many lattes and cappuccinos being bad for heart health. However, others find drinking at least three cups of coffee a day slashes risks for both heart attacks and stroke.

The new study appears in The American Journal of Clinical Nutrition.