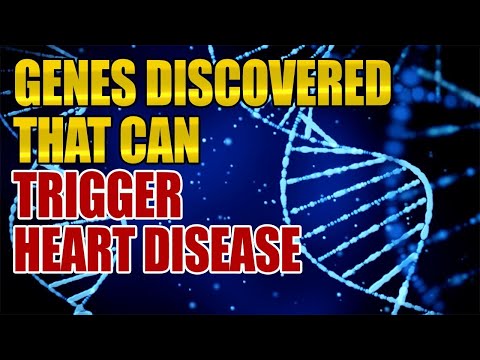 Researchers in Australia say the genes which cause the highest risk of heart problems are CDKN2B and PHACTR1 — which both affect the walls of the heart arteries. Identifying the top genes that put a person at risk for heart disease can help scientists develop targeted therapies to fight against heart disease — the number one killer worldwide.

“Some of the top genes identified on this list have never really been studied in the context of heart attacks before. To find these new important genes is really exciting but also a real challenge – as no one yet knows exactly how many of them cause coronary heart disease,” says lead author Jason Kovacic, an executive director of the Victor Chang Cardiac Research Institute, in a media release.

Dr. Kovacic and his team also found where these genes are more likely to affect the body. These areas include the heart arteries that directly cause blockages, the liver (by increasing cholesterol levels), and in the blood (which may cause changes in inflammation levels).

Heart disease genes can even cause migraines

Scientists already suspected one of the top genes, PHACTR1, of being a gene with a link to coronary heart disease and other vascular diseases including migraines, fibromuscular dysplasia, and spontaneous coronary artery dissection. One immediate benefit to people at risk of coronary heart disease is improvements to genetic testing.

“The current genetic tests that we have to screen for people at risk of coronary heart disease look at hundreds, if not thousands of genes. At present they aren’t particularly accurate, and mainly for this reason they are not being used routinely in a clinical setting,” says Dr. Kovacic.

“This refined and prioritized gene list we published in this study opens up many new possibilities in terms of more accurate genetic testing, as well as better understanding what causes heart attack, and developing targeted therapies for many of the new gene targets we have found.”

The team published their findings in the journal Circulation: Genomic and Precision Medicine.

Best Tablets For Kids In 2023: Top 5 Devices Most Recommended By Experts6 hours ago

Want to feel happier? Your location may be affecting your emotions, according to millions of Tweets6 hours ago