NEWCASTLE, United Kingdom — The causes of male infertility are still largely unclear, but a team of scientists at Newcastle University is close to cracking the code. Their latest research looked at genetic mechanisms during the reproduction process and found that mutations during the parental DNA replication process contributes to male infertility.

“At present, we don’t understand the underlying cause in the majority of infertile men, and this research will hopefully increase the percentage of men for whom we can provide answers,” says Joris Veltman, Dean of Newcastle’s Biosciences Institute, in a university release.

“If we are able to obtain a genetic diagnosis, then we can start understanding better male infertility problems and why some infertile men still produce sperm that can be used successfully for assisted reproduction,” Veltman explains. 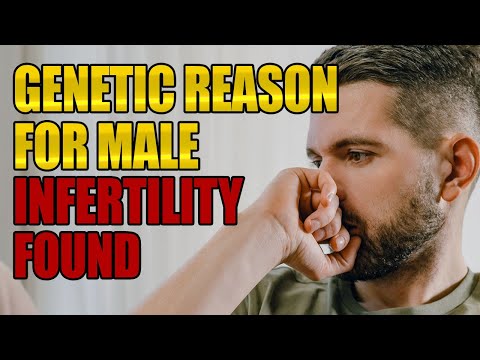 Researchers began collecting DNA samples from 185 infertile men and their parents. They analyzed the samples for potential protein-altering mutations that potentially have a link to a male infertility phenotype.

Could men inherit infertility from their fathers?

In infertile men, the team found 29 of 145 rare mutations in genes that affect cellular mechanisms involved in reproductive processes such as sperm cell development.

Having mutations causes a dominant form of infertility leading to a 50-percent chance that men pass their infertility down to their sons.

“This is a real paradigm shift in our understanding of the causes of male infertility. Most genetic studies look at recessively inherited causes of infertility, whereby both parents are a carrier of a mutation in a gene, and the infertility occurs when the son receives both mutated copies, resulting in problems with their fertility,” Dr. Veltman says.

Researchers published their findings in the journal Nature Communications.