CHARLESTON, S.C. — On paper, March Madness and math don’t have much in common — especially if you’re looking at a completely busted bracket. However, researchers from the College of Charleston have ranked the greatest shots in NCAA Tournament history, using mathematics to measure each memorable moment’s importance.

Before turning to the numbers, a panel of nine experts chose the top 12 shots in March Madness history between 1982 to 2021. From there, the team ranked these legendary shots based on the pressure on the player and probability of them making the shot. The experts also submitted their own rankings for these moments.

So, according to math, here are the 10 greatest shots in the men’s NCAA Tournament:

“We ended up doing a shot probability based on the location of the shot, and a pressure ranking that was an aggregate of three factors: the timing, the result of the shot – did they tie or win? – and the pressure on the player at the time of the shot,” says graduate student Kristen Looney in a university release. “What was interesting to me was how different the expert rankings were. And like just among the four of us, I think all of us would pick a different number one, honestly.”

To that point, graduate student Zack White says he would have picked Northern Iowa’s Paul Jesperson’s improbable basket from 54 feet in 2016 as the greatest shot in tourney history.

“He made it with like two seconds left,” White says. “He just heaves it up from beyond half court and wins the game.”

What makes Jenkins’ shot the best ever?

Although the study found that the championship-winning basket actually had a high shot probability, the pressure on the three-pointer to win a national title raised its score significantly. The experts also ranked it as their favorite basket in March Madness history.

“It was fun to get to do a math project on something that I already like,” adds Looney. “I didn’t anticipate the project would be as math heavy as it was. But it was nice to see these two different arenas come together.”

While eight of the 10 shots making this unique list occurred during the last decade, there are two famous exceptions — one of those featuring one of the greatest players in history.

The math ranked Michael Jordan’s 1982 game-winner against Georgetown as the number four shot in tournament history. NBA fans will likely remember how clutch Jordan was during his pro career, but the math shows it was no different at North Carolina. His shot ranks as the fourth-most pressure-filled shot in NCAA history — hitting a game-winning jumper with 14 seconds left during that year’s title game.

“The big takeaway for me,” says researcher Jenna Snead, who also plays on the College’s women’s soccer team, “is that you can do all this math and still be completely wrong. March Madness is such a wild, unpredictable event. At the end of the day, sports are so random, but that’s kind of the cool part.” 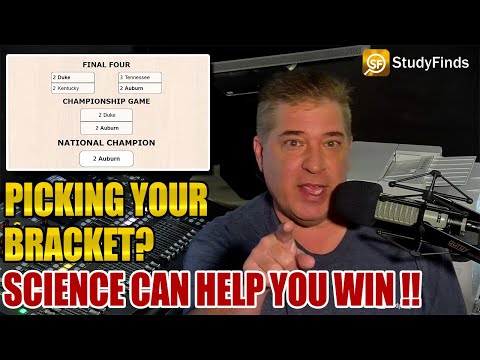 Best Of The Best Soccer Balls In 2023: Top 5 Products Most Recommended By ExpertsFebruary 8, 2023