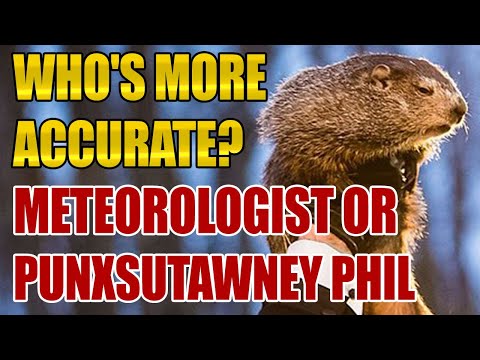 NEW YORK — Winter lovers can rejoice as the legendary Punxsutawney Phil saw his shadow on this Groundhog Day, which means spring won’t be arriving early in 2022. And while it may seem silly to take Phil’s word for it, it turns out the majority of Americans are more likely to trust a rodent than their local meteorologist.

That’s according to a new OnePoll survey of 2,000 U.S. adults, which reveals that 58 percent agree that whether or not Punxsutawney Phil sees his shadow on Groundhog Day actually determines if there will be six more weeks of winter.

Moreover, more than one in four Americans “strongly agree” with this statement.

Punxsutawney Phil’s predictions date back to 1887. Of course, since the average lifespan of a groundhog is about six years, the name is really attached to a monolithic organization of different groundhogs who trot out once a year in Gobbler’s Knob, Pennsylvania to perform their duty.

So, as the legend goes, if Phil sees his shadow and gets spooked, there will be six more weeks of winter.

Unfortunately, Phil is not very good at his one job. According to studies on the groundhog’s accuracy, he’s only right 39 percent of the time – worse than your odds on a coin flip.

Still, that won’t deter the six in ten Americans who love and believe in the tradition. Since COVID-19 has changed the world so drastically over the last two years, maybe it’s okay to have this one nice thing to enjoy every year – unless you hate winter, too!

In the words of Phil Connors from Harold Ramis’ 1993 movie “Groundhog Day,” “When Chekhov saw the long winter, he saw a winter bleak and dark and bereft of hope. Yet we know that winter is just another step in the cycle of life. But standing here among the people of Punxsutawney and basking in the warmth of their hearths and hearts, I couldn’t imagine a better fate than a long and lustrous winter.”