LOS ANGELES — A new “heart attack on a chip” device could serve as a testbed for new drugs and even individual medications for people battling heart disease. Researchers at USC say the invention heralds a new age of personalized drugs.

“Our device replicates some key features of a heart attack in a relatively simple and easy to use system,” says Professor Megan McCain from the University of Southern California in a media release.

The chip is made from a rubber-like polymer called PDMS which is permeable to oxygen. Gases flow through two channels on either side. There is a tiny layer of protein above “so that the heart cells align and form the same architecture that we have in our hearts,” McCain says.

Heart cells from rodent hearts are grown on top of the chip, which measures about an inch wide. To mimic a heart attack, gas with and without oxygen is released through each channel, “exposing our heart on a chip to an oxygen gradient, similar to what really happens in a heart attack,” according to the researcher.

The microfluidic device is small, clear, and easy to see on a microscope — enabling researchers to observe in real time functional changes in the heart after an attack. These include irregular heartbeats and reductions in contraction strength of the organ.

Why is it so hard to study a real-life heart attack?

The model can be made more complex by adding fibroblasts, immune cells that generate scarring after a heart attack. Researchers cannot watch changes to heart tissue in real time with animal models. Traditional cell cultures expose heart cells to high, medium, or low levels of oxygen — but not a gradient.

That means they cannot mimic what really happens to damaged heart cells in the so-called border zone after a heart attack, according to study co-author Dr. Megan Rexius-Hall.

“It is very exciting and rewarding to envision our device having a positive impact on patient lives in the near future, especially for heart attacks, which are extremely prevalent,” McCain adds.

Cardiovascular disease is the world’s number one killer, claiming almost 18 million lives a year. Heart attacks account for much of that pain and suffering. They occur when fat, cholesterol, and other substances in arteries severely reduce the flow of oxygen-rich blood to part of the heart.

Between 2005 and 2014, an average of 805,000 Americans per year had heart attacks. Even if a patient survives over time, they can become increasingly fatigued and sick. Some even die due to heart failure.

Heart cells don’t regenerate like other muscles. Instead, immune cells appear at the site of injury, some of which can be harmful. Additionally, scarring develops that weakens the heart and the amount of blood it can pump.

However, scientists don’t completely understand this process, especially how heart cells in the healthy and injured parts of the heart communicate with each other and how and why they change after a heart attack. The USC team hopes the “heart attack on a chip” described in Science Advances will shed some light on those mysteries.

“Fundamentally, we want to have a model that can lead to a better understanding of heart attack injury,” concludes co-author Dr. Megan Rexius-Hall. 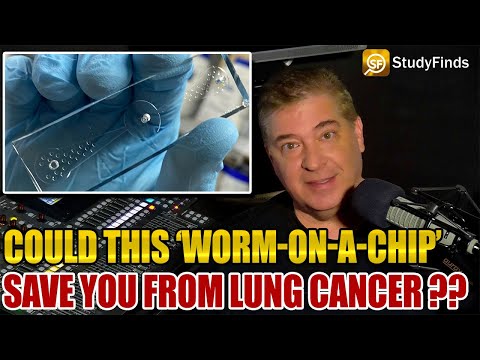 Best Playgrounds For 2023: Top 4 Backyard Sets Beloved By Experts And Kids19 mins ago

Spoiled rotten: Shopping with the kids adds nearly $50 extra in expenses59 mins ago