TORONTO, Ontario — The debate surrounding COVID-19 vaccinations rages on, but researchers from the University of Toronto reveal the right amount of cold hard cash may be enough to sway many of the vaccine hesitant. Their study finds offering a $1,000 incentive could boost vaccine rates up to 87 percent!

It’s important to note that this research took place prior to the roll out of COVID-19 vaccines. At that time, scientists estimated that it would take an 87 percent vaccination rate to produce herd immunity. Alas, those days feel like simpler times as new variants continue to emerge and spread. Even so, study authors argue their work is still notable. For instance, the vast majority of the developing world is still unvaccinated.

“It’s even a bigger question than vaccines and COVID. This is part of a larger set of ​dilemmas called collective action problems – such as how do we convince people to take action to mitigate climate change,” says study co-author Vivek Nandur, a doctoral student in behavioral economics at the University of Toronto’s Rotman School of Management, in a university release. “This speaks to that and how monetary incentives can be used to influence larger behavior change.”

Does everyone have a price?

This study features 2,500 respondents, recruited online in December 2020. Each person revealed whether they planned on getting the COVID-19 vaccine in general and if they would get the vaccine under one of three different conditions: If it were free, if it was totally effective against COVID-19, or if it had no side-effects at all.

If anyone refused the vaccine altogether, researchers asked how much money it would take to change their mind. While a $500 cash incentive upped the amount of vaccine willing to 80 percent, a $1,000 cash incentive raised that figure to 87 percent. 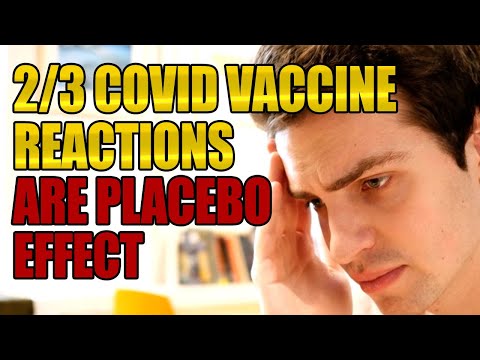 It’s worth noting between 13 and 15 percent of participants said no amount of money, or any circumstance for that matter, would change their mind. All in all, however, Nandur says the results generally validate other findings that show the vaccine hesitant are not a homogeneous group and that public health strategies have to be similarly nuanced and targeted. Even a $1,000 offer isn’t going to lead to 100 percent vaccination rates after all.

“Offering the vaccine for free in our experiment seems to make people a bit warier, which is confusing and likely needs more examination,” Nandur adds.

Still, regardless of money, people were more open to vaccination if they knew the shot was effective and safe. Vaccine hesitancy was also more common among younger people and political conservatives.

The findings appear in the journal Humanities and Social Sciences Communications.