COLUMBIA, Mo. — It’s no secret that women have faced a tougher path career-wise than men across numerous industries and fields, enduring lower pay and fewer opportunities for advancement. Now, researchers from the University of Missouri-Columbia find even using humor in the workplace is more challenging for women than their male co-workers.

Topics like equal pay and opportunities in the workplace across genders are obviously more important than humor or jokes. However, study authors note that humor is without a doubt an integral aspect of “office culture.” It’s a near-universal tactic that employees and managers use to defuse tense moments and lighten moods at work.

The study explains that the way in which co-workers perceive a female employee’s joke depends on a variety of factors. These include the woman’s “status” in the company and whether she directed her joke at a man or woman.

Are jokes really funnier depending on who’s telling them?

Christopher Robert, MU associate professor and interim dean of the Trulaske College of Business, put together this project to investigate how people react to both male and female humor in the workplace. More specifically, study authors hoped to determine if gender and status in the workplace affects how people both perceive and receive jokes.

In all, the team surveyed 92 college students after reading about a variety of workplace scenarios in which men and women made humorous comments. Each scenario was different, with some featuring a male “humorist” (person making the joke) and others involving a female humorist. Other differences included if the humorist held a high status in the hypothetical office and the gender of the joke’s “target.” Additionally, some jokes were more aggressive, while others were friendlier.

Each college student noted how “foolish” they perceived the humorist to be in each situation. For example, one scenario described a group of hospital workers discussing some problems that resulted in a patient death. A female nurse begins to stutter, causing another employee to interrupt with an attempt at a joke, poking fun at the fact that she can’t find her words.

Researchers tweaked the office status and gender of the joke teller in this scenario several times. For some participants, the humorist was a woman in a position of power, while others heard the same joke from a male employee of lower standing in the company. 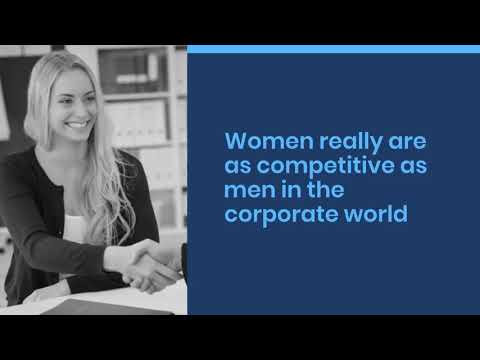 Don’t rush to judgment after one joke

The research team also made it a point to consider how the gender of the joke’s target influenced perceptions of the joke teller.

In summation, study authors suggest people hold off on judging anyone, man or woman, too harshly based on a single joke or off-hand comment.

“This research amplifies the fact that we even have inherent biases that influence how we view people who are using humor,” Robert concludes. “If someone is questioning someone’s sense of humor, they should ask themselves, ‘Would I be making this same judgment if the person using the humor looked more like me?’”

The findings appear in the Journal of Managerial Psychology.

Brain ‘turns off’ when relying on GPS behind the wheel, research shows3 mins ago

Best Women’s Hairstyles In 2023: Top 5 Trending Cuts Most Recommended By Stylists 50 mins ago