PITTSBURGH, Pa. — Hydroxychloroquine may finally have a use everyone can unite behind — treating cancer. A new study reveals that the controversial COVID-19 drug can help boost the body’s tumor-killing abilities in patients with chemotherapy-resistant head and neck cancers.

A team from the University of Pittsburgh say hydroxychloroquine inhibits pathways that drive resistance to the chemotherapy agent cisplatin in chicken eggs and mice. The findings pave the way for a clinical trial that would combine the drug and cisplatin to test whether it could treat head and neck cancer in humans.

The new study suggests a protein called TMEM16A expels cisplatin from cellular compartments called lysosomes. In a healthy cell, the lysosomes act like a recycling and waste disposal system, breaking down molecules for reuse and expelling cell waste.

In tumors that produce too much TMEM16A, it drives a novel signaling pathway that boosts the production of lysosomes and expels cisplatin from the cell. This is an “active mechanism” cancer cells use to discard chemotherapeutic drugs, the scientists add.

From malaria to COVID to cancer

Scientists originally created hydroxychloroquine to be an anti-malarial drug that inhibits the function of lysosomes. During the coronavirus pandemic, the drug sparked intense controversy, with multiple studies finding conflicting evidence that hydroxychloroquine can treat COVID.

In the new study, the research team implanted human cancer cells into fertilized chicken eggs and tested their hypothesis on mice. They found tumor cells treated with both hydroxychloroquine and cisplatin were more likely to die than those treated with cisplatin alone.

In mice with tumors derived from cisplatin-resistant human cancer cells, the combination of hydroxychloroquine and cisplatin slowed tumor growth more than either compound could on its own. Previous research has found TMEM16A has a link to cisplatin resistance in patient tumors.

An excess of this protein, which occurs in about 30 percent of head and neck cancers, leads to a lower chance of surviving the disease. The researchers say TMEM16A belongs to a group of proteins called ion channels. These proteins straddle the cell’s outer envelope and provide a passageway to chloride ions, which regulate muscle and nerve activation and transport salt and water. 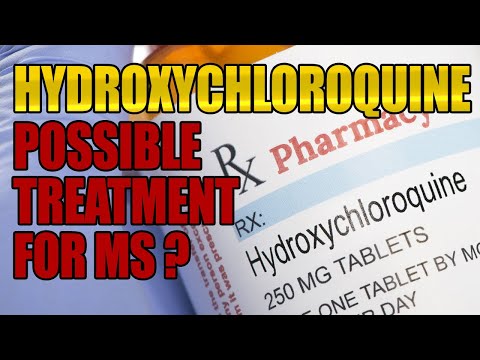 Impaired chloride transport typically results in neurological and kidney diseases such as epilepsy, cystic fibrosis, and kidney stones. This left the researchers surprised by the link between TMEM16A and cancer.

“When caring for patients with head and neck cancers, I often see chemotherapy fail. Cisplatin is a very important chemotherapy drug, but tumor resistance to cisplatin is a huge problem,” says study senior co-author Dr. Umamaheswar Duvvuri in a media release. “My lab is interested in understanding the mechanisms of resistance so that we can find better ways to treat these patients.”

“These experiments suggest that hydroxychloroquine has a synergistic effect with cisplatin,” Duvvuri explains. “This is relevant for patients because repurposing hydroxychloroquine, which is an existing drug, will allow us to translate these findings to the clinic much faster than we could with a novel compound.”

“After dissecting this process on a fundamental level and identifying TMEM16A as a critical node, the next step was to test whether disrupting this process with hydroxychloroquine could have translational potential.”