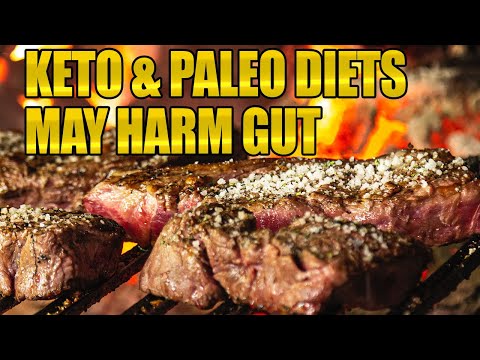 PALAISEAU, France — Popular weight-loss plans such as the keto and paleo diets may help you lose weight, but they may also lead to long-term health problems. A recent study suggests low-carb diets can harm a dieter’s gut health.

The gut is home to trillions of microorganisms involved in important bodily functions from immunity to communicating with the brain to regulate your mood. Your diet shapes the composition of your gut microbiome. Previous research into the gut microbiome has shown that unhealthy and processed foods, as well as animal-based diets, reduce the diversity of gut bacteria, leaving “bad” bacteria that can make you sick.

American diets have the poorest results

Studies also show that people with diverse gut microbiomes are more likely to have a balance of plant-based foods, along with meat and dairy products, in their daily diet.

“This study together with previous research reinforce that a healthy gut microbiota is supported by a balance between all food groups, without restricting fiber-rich grain foods or animal products, like fermented dairy products entirely. At Danone, this approach is completely in line with our portfolio offerings of both plant-based and animal products,” says Miguel Freitas, PhD, Vice President of Health and Scientific Affairs at Danone North America, in a media release.

The international team says the typical American diet resulted in the poorest health outcomes. This “Western” diet often features an overconsumption of sugar-sweetened beverages and processed foods. There is also less consumption of plant-based foods and dietary fibers.

The poor health quality in American diets reflected the low diversity profile in the gut microbiome. Additionally, people following restrictive diets focused on a diet low in carbohydrates, animal products, or non-starchy vegetables had the lowest amount of Bifidobacterium, a “good” type of bacteria in the gut.

Results also show reduced gut diversity in both the American and plant-based diets, which suggests that low levels of meat and dairy products also contributes to poor gut health. While fruit and vegetable consumption leads to variations in the gut microbiome, the findings suggest the role of animal proteins in gut health are undeniable.

Study authors conclude that having a rich diversity of foods in your daily diet is more important to gut health than focusing on individual components of a diet such as protein or fiber.

The findings appear in the American Journal of Clinical Nutrition.