ANN ARBOR, Mich. — If you’ve ever tried to convince a five-year old to eat spinach, you know young kids aren’t always the biggest fans of a balanced diet. According to the University of Michigan Health C.S. Mott Children’s National Poll on Children’s Health, however, nearly half of parents struggle to get their child to eat a well-balanced diet due to picky eating. Moreover, 52 percent have even decided to start giving their kids a nutritional supplement instead.

“A balanced diet helps children get the nutrients they need for healthy growth and development,” says Mott Poll co-director Sarah Clark, M.P.H., in a university release. “An unhealthy diet, on the other hand, can negatively affect short and long-term health outcomes as well as school performance.”

“Still, the reality for many parents is that getting children to eat healthy foods isn’t always easy. Our poll finds that many turn to dietary supplements as a solution but may not always consult with a health provider.”

The poll, a nationally representative survey based on responses of 1,251 parents raising at least one child under 10, also reports a third of parents have no problem labeling their child a “picky eater.” Another third thinks their child doesn’t eat enough fruits and vegetables. Meanwhile, 13 percent worry their kids aren’t getting enough of vitamins and minerals and nine percent say their child needs more fiber.

Another major nutritional roadblock many parents are now facing is cost. Half of parents report it is more expensive to make sure their child eats healthy.

“We know that fresh, healthy foods can be more expensive than processed or packaged items that are often higher in sodium and added sugars,” Clark explains. “This can make it especially frustrating for parents when children waste or refuse to eat healthy foods.”

Should doctors be part of the diet discussion?

Roughly a third say their kids have tried supplements in the past, but do not take them regularly now. Among respondents who reported giving their kids supplements, four in five say they go with supplements produced specifically for children. About 40 percent have discussed supplements with their child’s doctor.

“Dietary supplements are often intended to enhance the amount of vitamins children consume through a regular diet,” Clark comments. “But parents may not always know whether their child is getting proper nutrition. The use of dietary supplements in children is an important health decision to discuss with doctors, but less than half of parents who have given their child a supplement talked to their child’s health provider.” 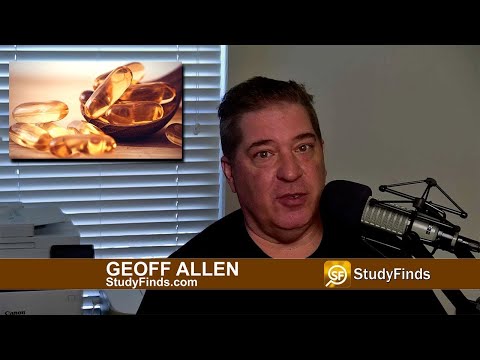 Clark adds that it is unclear why so many parents avoid the subject with their kids’ doctors. It may be due to providers not asking or parents not thinking it’s worth bringing up. The survey finds lower-income parents are less likely to consult a doctor about their child’s supplement use.

“Providers should be diligent about discussing nutrition with families so they understand what a healthy diet should include and are using supplements appropriately,” Clark adds. “In situations where families can’t afford to provide a healthy diet, providers may direct parents to social service programs that can help.”

Study authors stress that it’s important to understand that since the U.S. Food and Drug Administration considers supplements food, they are not subject to the same safety tests and protocols as medications.

“There is limited research on the safety and efficacy of supplements and potential side effects for kids. But some parents may not be aware that supplements do not undergo rigorous FDA testing and approval,” Clark concludes.

“To minimize the risks of supplement use, parents should share concerns about their child’s diet with a pediatrician who can help them identify the best strategies to improve the nutritional quality of their child’s diet and determine whether supplements are recommended.”

Live near a busy road? It could lead to a common hearing problem43 mins ago