JOONDALUP, Australia — Perhaps happiness is just a cutting board and stove away. Researchers from Edith Cowan University have found that greater confidence in the kitchen — along with better eating habits and decisions — is good for mental health.

These findings come from ECU’s partnership with The Good Foundation and Jamie’s Ministry of Food Initiative. This collaboration entailed putting together a mobile food kitchen that provided community cooking lessons at the university’s campuses between 2016 and 2018. In all, 657 people took part in the seven-week healthy cooking class.

While all that was happening, ECU Institute for Nutrition Research scientists were measuring the program’s effect on participants’ cooking confidence and self-perceived mental health. The team also polled participants on their overall satisfaction with cooking in general and their general diet habits.

Sure enough, in comparison to a control group, those who took the seven-week cooking course displayed significant improvements in their mental health, overall health, and perceived vitality. Importantly, these enviable improvements in well-being appeared immediately after the group finished the cooking class and remained for up to six months afterward.

Many participants also reported feeling much more confident about their cooking abilities, a newfound ability to change their diet on the fly, and the capacity to overcome healthy eating lifestyle barriers that may have impeded them in the past.

According to lead researcher Dr. Joanna Rees, this study just goes to show how essential one’s diet is to their mental health.

“Improving people’s diet quality can be a preventive strategy to halt or slow the rise in poor mental health, obesity and other metabolic health disorders,” she says in a university release. “Future health programs should continue to prioritize the barriers to healthy eating such as poor food environments and time restrictions, whilst placing greater emphasis on the value of healthy eating via quick and easy home cooked meals, rich in fruit and vegetables and avoiding ultra-processed convenience foods.”

Prior ECU research found that eating more fruits and vegetables also improves long-term mental health. That implies that the participants from this latest research may have felt so much better after the cooking class due to healthier eating habits specifically. Importantly, however, study authors note that each person’s mental health often improved despite their reported diets not fluctuating all that much after completing the program. 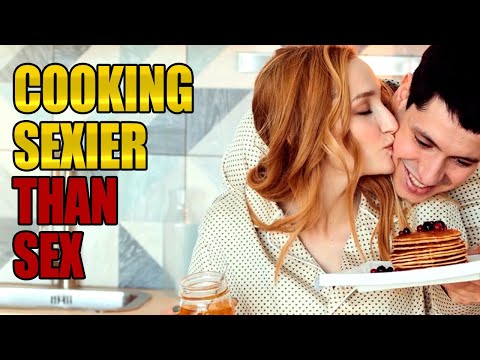 It’s also worth mentioning that people considered overweight or obese reported the same mental health benefits as other subjects.

“This suggests a link between cooking confidence and satisfaction around cooking, and mental health benefits,” Dr. Rees notes.

Finally, the research team also made it a point to mention that their findings indicate society still views cooking in general as a feminine task. At the beginning of the study, 77 percent of female participants reported feeling confident about cooking, while only 23 percent of men said the same. By the end of the cooking class, though, cooking confidence and cooking skills were equal among both genders.

“This change in confidence could see change to the household food environment by reducing the gender bias and leading to a gender balance in home cooking,” Dr. Rees concludes. “This in turn may help to overcome some of the barriers presented by not knowing how to cook, such as easing the time constraints which can lead to readymade meals which are high in energy but low in nutritional value.”

The study is published in Frontiers in Nutrition.

Best Strollers In 2023: Top 5 Products Most Recommended By Experts, Parents5 hours ago