TOKYO, Japan — Blood sugar, or glucose, is usually an essential ingredient in cellular growth. However, a recent study finds having less sugar in the blood may actually help muscles repair themselves faster. Researchers in Japan say the cause of this connects to the behavior of a special type of stem cell which doesn’t seem to react well with glucose.

A team from Tokyo Metropolitan University found that skeletal muscle satellite cells are “key players” in muscle repair. Moreover, their study finds these cells grow more when there is less glucose in the body. Typically, scientists have found that mammal cells function better when there’s more sugar to fuel their actions.

Even on the best of days, daily wear and tear forces human muscles to constantly repair themselves to stay in top form. So, how exactly does the body do that?

Researchers found that the skeletal muscle satellite cells sit in between two layers of sheathing, a protective covering, that surrounds the myofiber cells of individual muscle fibers. When these myofiber cells are damaged, the satellite cells go to work, multiplying and fusing themselves to the myofibers. This process both repairs the damaged muscle and keeps it from losing its mass.

While examining how these satellite cells grow in petri dishes, study authors noticed that higher levels of glucose negatively impacted the growth rate of these cells. Compared to other cells in the body, this is completely counterintuitive to the way cells grow and multiply.

With satellite cells, however, lower levels of blood sugar led to a higher number of cells with a greater ability to multiply.

Finding the right mix to regenerate the body

In their experiment, the Japanese team kept glucose levels low, which allowed the stem cells to grow but other cells did not. This gave the team a “pure” sample of skeletal muscle satellite cells, but is this the perfect balance for regenerating the muscles? 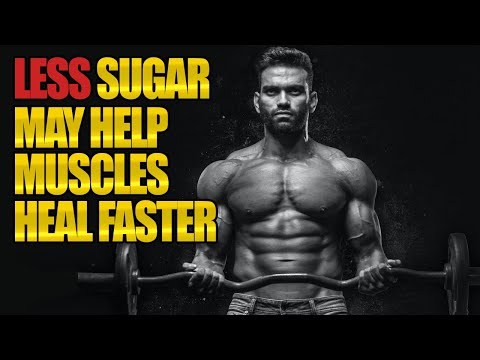 In their cellular mixture, researchers added in glucose oxidase — a glucose-digesting enzyme — to lower blood sugar levels even further. Results show the special repairing cells continued to work and multiply normally. The findings point to skeletal muscle satellite cells taking their energy from a different source in the body. However, that source still remains unclear.

“The sugar levels used in previous experiments matched those found in diabetics. This might explain why loss of muscle mass is seen in diabetic patients and may have significant implications for how we might keep our muscles healthier for longer,” study authors write in a media release.

The findings appear in the journal Frontiers in Cell and Developmental Biology.