ZÜRICH, Switzerland — A transplant patient is now cancer-free after receiving a new liver that doctors “kept alive” in a machine for nearly three days. The 62-year-old was able to leave hospital after just a few days and is now “doing well” – more than a year later.

The unnamed Swiss man had a case of liver cancer as well as life-threatening cirrhosis (scarring) of the liver and high blood pressure in the artery feeding the organ – which can cause a fatal hemorrhage.

Surgeons at University Hospital Zurich described the use of a rejected liver which they kept alive as a “world first.” It could revolutionize medicine and combat the problem of organ shortages. The feat had never been achieved in the history of medicine. Currently, health professionals can only store transplant-viable organs for 12 hours on ice.

“I am very grateful for the life-saving organ,” the patient in the world-first procedure says in a statement. “Due to my rapidly progressing tumor, I had little chance of getting a liver from the waiting list within a reasonable period of time.”

The machine study authors used treated the damaged liver at normal body temperature for 68 hours with antibiotics. Initially, the donated liver was rejected for use in standard organ transplants due to a tumor and the donor’s history of chronic abscesses in their abdomen. Keeping the organ alive in the machine gave doctors enough time to confirm that the tumor was benign and prepare the liver for transplant.

The machine mimics the human body as accurately as possible, in order to provide ideal conditions. A pump serves as a replacement for the heart, an oxygenator replaces the lungs, and a dialysis unit takes over the functions of the kidneys. In addition, numerous hormone and nutrient infusions perform the functions of the intestine and pancreas.

Like the diaphragm, the machine also moves the liver to the rhythm of human breathing. All of this enabled the team to get a good liver graft. Researchers transplanted the organ within 60 minutes of its removal from the machine. The man had been on the Swiss waiting list but was running out of time.

At the moment, the waiting time for liver cancer patients in Switzerland exceeds more than 12 months. At the beginning of the fourth day after organ recovery and a total of 68 hours of machine perfusion, the team transported the liver to the operating room.

“Our therapy shows by treating livers in the perfusion machine, it is possible to alleviate the lack of functioning human organs and save lives,” says corresponding author Professor Pierre-Alain Clavien. 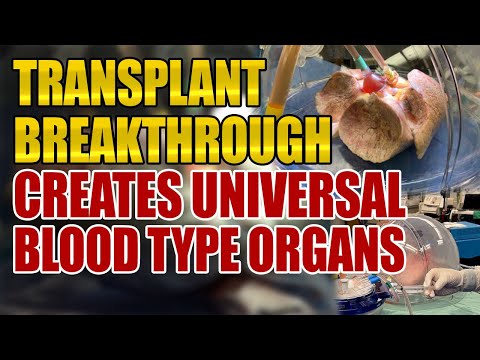 Liver transplants are the only hope for the long-term survival of a person with liver failure. Unlike the kidney, heart, or lungs, there is no device, such as a dialysis machine, that can permanently replicate the functions of the liver.

“The interdisciplinary approach to solving complex biomedical challenges embodied in this project is the future of medicine. This will allow us to use new findings even more quickly for treating patients,” says Prof. Mark Tibbitt of ETH Zurich.

The next step in the “Liver4Life” project is to review the procedure on other patients and to demonstrate its efficacy and safety in the form of large-scale study. Its success would mean that in the future, a liver transplantation, which usually constitutes an emergency, would be transformed into a plannable elective procedure.

At the same time, the next generation of machines is in development. In addition, those involved in basic research continue to look for ways of treating other liver diseases outside the body with drugs, molecules, or hormones.

Researchers detailed the groundbreaking case in the journal Nature Biotechnology.

Best Digital Picture Frames In 2023: Top 5 Displays Most Recommended By Experts36 mins ago