CHICAGO, Ill. — Move over T Rex, a new study says the biggest meat-eating dinosaur that ever lived hunted underwater. Researchers at the Field Museum in Chicago say Spinosaurus could grow up to 50 feet long and weighed 20 tons, dwarfing the famous Tyrannosaurus.

An analysis of the marine monster’s bones found it adapted itself for an aquatic lifestyle. Their bones were dense, just like those of today’s penguins, hippos, and alligators. This provided buoyancy, enabling Spinosaurus and its cousin Baryonyx to submerge themselves and kill prey.

Meanwhile, another closely related dinosaur called Suchomimus had lighter bones that would have made swimming more difficult. So, study authors say it likely waded like a heron instead or spent more time on land like other dinosaurs.

Spinosaurus was powered by a fin-like tail, capturing large, slippery fish with six-inch long razor-sharp teeth, according to the study. It lived about 100 million years ago, roaming the swamps of present-day North Africa and belonged to the theropod dinosaur group — carnivores that included T Rex.

“The fossil record is tricky—among spinosaurids, there are only a handful of partial skeletons, and we don’t have any complete skeletons for these dinosaurs,” says lead author Dr. Matteo Fabbri in a media release.

“Other studies have focused on interpretation of anatomy, but clearly if there are such opposite interpretations regarding the same bones, this is already a clear signal that maybe those are not the best proxies for us to infer the ecology of extinct animals.”

Not every swimmer needs fins and flippers

Very dense bones can act as a proxy for aquatic adaptation. Even animals clearly not shaped for it – such as the hippopotamus – have them. The feature often precedes the evolution of more obvious signs, like fins or flippers. The international team scanned 380 bones from extinct and living animals ranging from mammals, crocodiles, and birds to marine and flying reptiles.

The hunting technique of Spinosaurus has been debated by paleontologists for decades. Some have proposed that the creature could swim, while others insist it was only capable of wading. All life initially came from the water. Most terrestrial vertebrates contain members that have returned to an aquatic existence.

Mammals are mainly land-dwellers, but whales and seals live in the ocean. Otters, tapirs, and hippos are semi-aquatic. Birds have penguins and cormorants while reptiles have alligators, crocodiles, marine iguanas, and sea snakes. Until recently, non-avian dinosaurs were the only group that didn’t have any known water-dwellers.

That changed in 2014, when a new Spinosaurus skeleton was described by Dr. Nizar Ibrahim at the University of Portsmouth. It had retracted nostrils, short hind legs, paddle-like feet, and a fin-like tail — with all signs pointing to an aquatic lifestyle.

“The idea for our study was, okay, clearly we can interpret the fossil data in different ways. But what about the general physical laws?” Dr. Fabbri says. “There are certain laws that are applicable to any organism on this planet. One of these laws regards density and the capability of submerging into water.”

Across the animal kingdom, bone density tells whether an individual is able to sink beneath the surface and swim.

“Previous studies have shown that mammals adapted to water have dense, compact bone in their postcranial skeletons,” the researcher continues. “We thought, okay, maybe this is the proxy we can use to determine if spinosaurids were actually aquatic.”

Bone density determines who swims and who doesn’t

Study authors put together a dataset of thigh and rib bone cross-sections from 250 land and water dwelling species. They were compared to fossils from Spinosaurus, Baryonyx, and Suchomimus.

“We had to divide this study into successive steps,” Fabbri explains. “The first one was to understand if there is actually a universal correlation between bone density and ecology. And the second one was to infer ecological adaptations in extinct taxa.”

“We were looking for extreme diversity,” Fabbri notes. “We included seals, whales, elephants, mice, hummingbirds. We have dinosaurs of different sizes, extinct marine reptiles like mosasaurs and plesiosaurs. We have animals that weigh several tons, and animals that are just a few grams. The spread is very big.”

The menagerie revealed a clear link between bone density and aquatic foraging behavior. Animals that find food in water have almost completely solid bones. Those of land-dwellers look more like donuts, with hollow centers.

“There is a very strong correlation, and the best explanatory model that we found was in the correlation between bone density and sub-aqueous foraging. This means that all the animals that have the behavior where they are fully submerged have these dense bones, and that was the great news,” Dr. Fabbri says.

Spinosaurus and Baryonyx both had the sort of dense bone associated with full submersion. Suchomimus had hollower bones. Researchers believe it still lived by water and ate fish as evidenced by its crocodile-like snout and conical teeth. However, based on bone density, it didn’t swim.

Other dinosaurs, like the giant long-necked sauropods also had dense bones, but the researchers don’t think they were swimming either.

“Very heavy animals like elephants and rhinos, and like the sauropod dinosaurs, have very dense limb bones, because there’s so much stress on the limbs,” explains Fabbri. “That being said, the other bones are pretty lightweight. That’s why it was important for us to look at a variety of bones from each of the animals in the study.”

The study in the journal Nature could open the door to discovering more about how dinosaurs lived.

“One of the big surprises from this study was how rare underwater foraging was for dinosaurs, and that even among spinosaurids, their behavior was much more diverse than we’d thought,” Fabbri concludes. 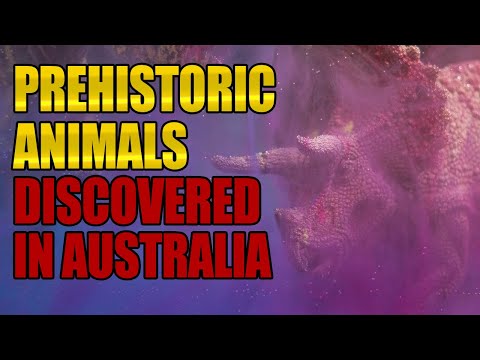